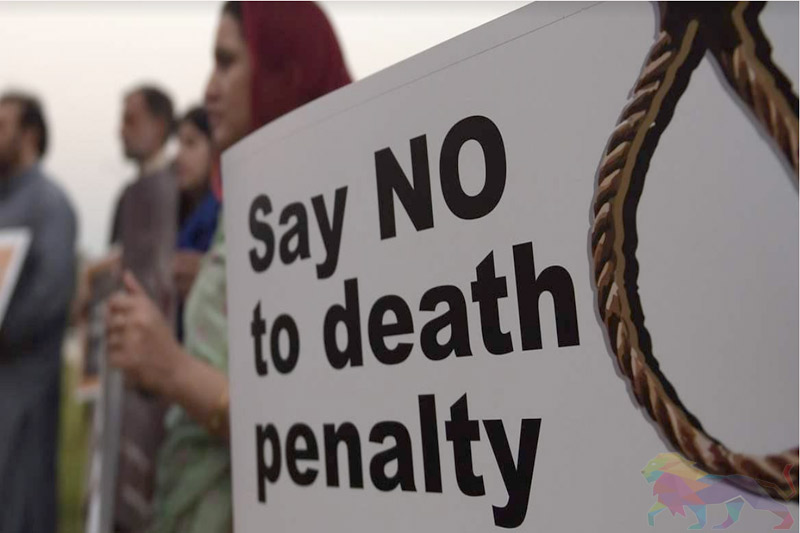 on 04 high profile drug dealers form among those convicted and are serving sentences in the “death row”. President claimed few months ago he would wipe out the “drug menace” once and for all from the country and was peddling the idea of imposing the death penalty for convicted drug dealers. His “ideal” seemed the incumbent President Duterte of Philippines.

In this post WW II world, we are expected to honour human life with dignity and value with UN Charters adopted and ratified for decent and civilised life that respect and honour human rights and civil liberties. Sri Lanka is a signatory to and have ratified all such UN Charters and Conventions that denounce capital punishment. We are therefore duty bound and obliged to continue with the moratorium on the death penalty, we have had for the past 43 years.

It is also important to know and learn that carrying out the “death penalty” has not even reduced crimes in any country that have the death penalty in practise. India continued with capital punishment for 72 years since independence to date for murder, rape, repeat offences of drug trafficking, dacoity with murder, but is still living with those crimes no less. India has executed 22 from 1995 to 2015 with no reduction of serious crimes. The National Crime Records Bureau’s 2016 report “Crimes in India” says. across 19 cities in India “there were 2,194 murders committed while kidnappings and rape had increased by 30 percent”, despite the death penalty.

In the US 30 out of 53 Sates practice death penalty for treason, espionage, murder, piracy, large scale drug trafficking and attempted murder of a witness, juror, or court officer. Except treason and espionage, which are exceptional crimes, none of the crimes have had any deterrent effect in the US with capital punishment. An overview from the FBI’s Uniform Crime Reporting (UCR) Program, “….the estimated number of murders in the nation was 17,284. This was a 0.7 percent decrease from the 2016 estimate, a 20.7 percent increase from the 2013 figure, and a 5.0 percent rise from the number in 2008.”

If one believes the drug menace can be eradicated with the death penalty enforced, in the Philippines, President Duterte wouldn’t have failed with 5,104 “drug personalities” killed as of January this year (2019) and still counting the killings.

On 14 March, 2018 the Chicago Tribune ran a title “Why the innocents end up in Prison” on a stunning exposure about convictions in US Courts. The article said, “The rate of wrongful convictions in the United States is estimated to be somewhere between 2 percent and 10 percent. That may sound low, but when applied to an estimated prison population of 2.3 million, the numbers become staggering. Can there really be 46,000 to 230,000 innocent people locked away?” Quoting a Director of the “Innocence Project” that work for exonerations of wrongfully sentenced prisoners, the Chicago Tribune says, during the past 25 years, “All told, there have been more than 2,000 exonerations, including 200 from death row, in the U.S.”

Do we believe our systems are far more superior, efficient and independent that in our prisons there are no innocents locked up?

Even if there are no innocents locked up in our prisons, it is inhuman and barbaric to eliminate human life in anyway, for any offence. Beheading a person was the “punishment” in ancient societies ruled by feudal kings. It was the king who decided on the victim’s guilt and the punishment, in those ancient societies, Centuries ago. That is reason for 106 countries in this modern world to completely abolish the death penalty and 28 countries to have a moratorium on it. They depend on better policing, efficient and independent judicial systems and overall socio economic development for improving quality of life in eradicating crimes in society.

We the People therefore should demand a complete STOP to the death penalty and ask for serious reforms in improving law enforcement, in establishing an efficient judicial system that would not leave suspects without bail for many years and a serious development programme that would improve the quality of life of all People, with dignity and equality.