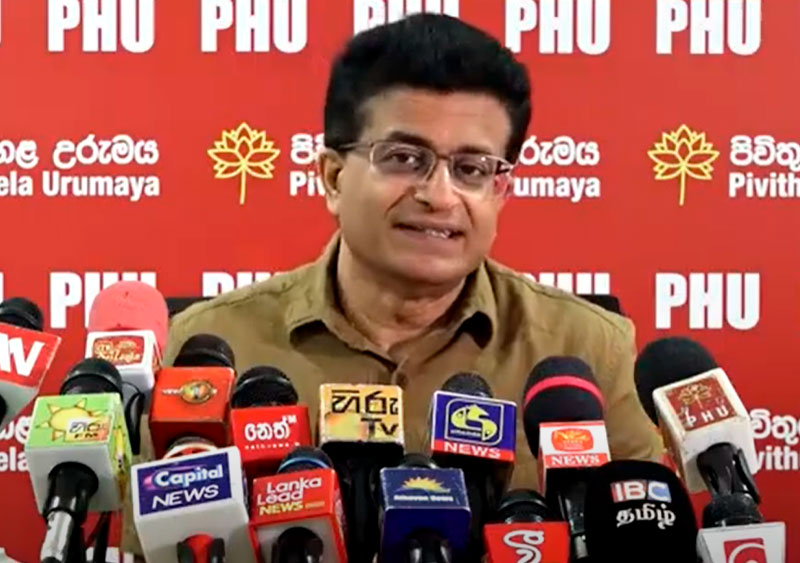 He told journalists yesterday (06) that incumbent Nandalal Weerasinghe has printed money the most despite his criticism of his two immediate predecessors W.D. Lakshman and Ajith Nivard Cabraal over the matter.

Gammanpila quoted a CBSL statement which noted a dwindling of reserves during Weerasinghe’s tenure as against the other two, as well as similar remarks made by the state finance minister.

Describing both to be true, the Pivithuru Hela Urumaya leader said however the reserves were not directly under the control of the CBSL, but depend on the activities of the national economy.

He said that when he spoke about money printing, he referred to something that is directly under the CBSL’s purview.

Instead of dragging in such irrelevancies, the governor should answer his allegation on money printing with statistics, said Gammanpila.

Why a 20 pc increase in debt burden?

Speaking further, he charged that budget 2023 proposes to raise the debt burden by Rs. five trillion or 20 per cent, to add to a total of Rs. 25 trillion of borrowings.

He noted the role of the CBSL should be to advise against such needless expenditure as the financial advisor to the state, instead of printing money at the government’s behest.

Gammanpila also criticized the raising of interest rates to more than 30 pc, noting that drug dealing would be the only profitable business to do after obtaining loans at such exorbitant interest.

This very high interest also leads to the collapse of all small businesses to lose hundreds of thousands of jobs, he noted.