“Though the plantation workers have been working for decades to bring foreign exchange to the country, the workers and their children are suffering in hunger. Nothing has been done about these starving people in the budget brought for the year 2023,'' said Advisor of the Movement to Protect Upcountry Plantation Workers, Father Marimuththu Sathivel. 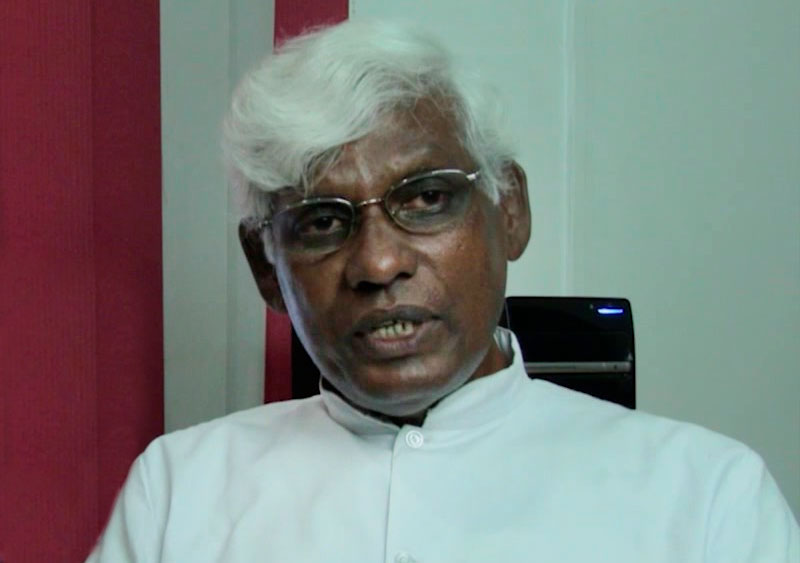 Issuing a media statement, Father Sathivel emphasized that the government has not taken any steps to improve the lives of the plantation workers even though 2023 marks 200 years since they were brought to Sri Lanka.

Statistics have shown that 43% of the urban population and 33% of the rural population are suffering from poverty.

According to Tomoya Obokata, UN Special Rapporteur on Modern Slavery, household level surveys about the country's food crisis confirmed that 51% of the population suffering from poverty are plantation workers.

The priest accused President Ranil Wickremesinghe that although as the Minister of Finance he presented budget proposals aimed at uplifting the prosperity of the country on the 100th anniversary of its liberation from the British colonialists in 1948, the lack of concern for plantation workers who strengthened the country's economy for two hundred years shows the government's policy towards them.

He also pointed out that those who came to power through the votes and membership fees of the plantation workers have not done anything to uplift their lives as promised during the election campaigns. "At least from here onwards the President should address the concerns of the up-country plantation workers instead of trying to fool them," he added.

Four international organizations including, the Food and Agriculture Organization of the World Food Organization, the International Red Cross, and the Modern Slavery report presented to the UNHRC by United Nations Special Rapporteur on Modern Slavery Tomoya Obokata, have descriptively shown the dire situation faced by the plantation workers in Sri Lanka.