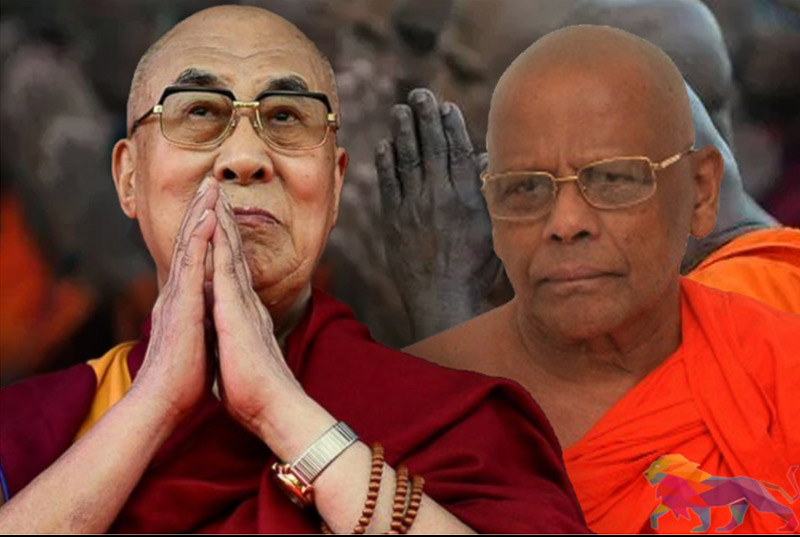 The statements made by the Asgiriya prelate, Warakagoda Sri Gnanarathana Thera calling on the people to boycott Muslim businesses and advocating the stoning of Muslims has been condemned by His Holiness, the Dalai Lama.

As a person dedicated for religious harmony, the Dalai Lama said the statement made by the prelate cannot be accepted.

“We must respect other traditions and understand the difference between religious beliefs and respect” he noted.

“I am a Buddhist and I believe in it. But I respect all other religions and traditions” he added.

The Dalai Lama had made these comments when questioned by BBC reporter Rajini Vaidyanathan on the comments made by the top monk of the Asgiriya chapter. The anti-muslim comments by the prelate at an event held at the Dodamwala Diyakelinawala Kithsirimewan Raja Mahavihara caused controversy and drew criticism from all quarters.

But faced with severe criticism, he later claimed the statements made by him were misconstrued. “We have no animosity against the government or the Muslim people” he claimed.

However, the Centre for Policy Alternatives has filed a complaint with the Acting IGP over the comments made by the monk.