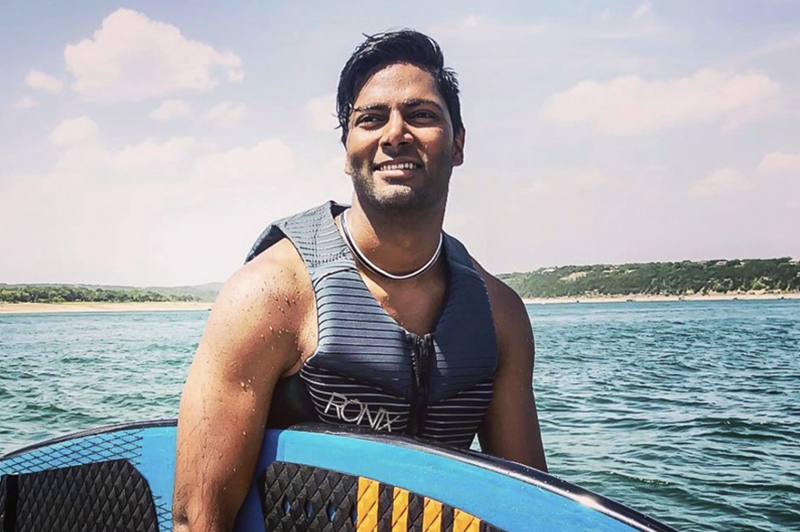 The family of an Austin, Texas, man of Sri Lankan origin is seeking answers after he was fatally shot by police last month on his front porch following a late-night emergency call by a neighbour.

Officers were responding to a 911 call requesting police and mental health support because a man was holding a long gun outside in the residential neighbourhood.

The caller, who was not identified in the recording, said the man had approached him earlier in the day to ask if he had noticed anything suspicious in the area.

Moments earlier, the security camera footage shows Moonesinghe speaking in the direction of his house while pointing the gun inside, but it is not clear why.

Officer Daniel Sanchez was identified by Austin police as the officer who fired at Moonesinghe.

Sanchez, who has worked for the department for almost three years, was placed on administrative leave, police said.

The Austin police Special Investigations Unit in conjunction with the Travis County District Attorney’s Office is conducting a criminal probe.

There also will be an Internal Affairs Unit administrative inquiry with oversight from the citizen-led Office of Police Oversight, police said.

Johann Moonesinghe said he wants city officials and the Travis County district attorney to hold the officer who killed his brother accountable.

"Otherwise, these senseless shootings will continue and more innocent people will be shot and killed by Austin police officers,” Johann Moonesinghe said.

The Moonesinghe brothers founded inKind, an Austin-based business that says it helps restaurants access capital without traditional investment or loans.

El Khattary, a friend of the Moonesinghe brothers who lives five doors away, said Rajan Moonesinghe was concerned about crime in the area.

Khattary, who said a man once jumped his fence before fleeing, said he recently spoke with Moonesinghe about his safety concerns following a different criminal incident near the neighborhood.

“We were all on high alert,” Khattary said.

“I know he was concerned about that in previous conversations with him.”

“This is not unusual for police around the country,” Khattary said, adding he wanted officers to be held accountable if something was done wrong.

The police department declined to comment further beyond official statements.