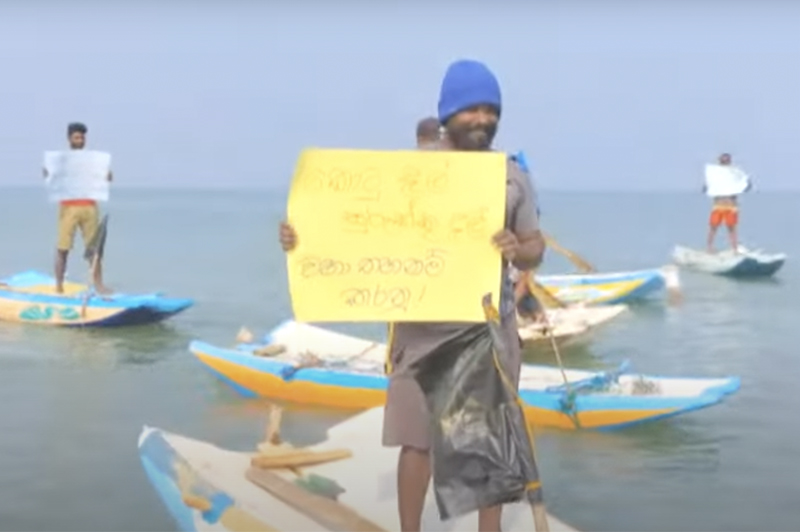 Fishermen in the northwest staged an agitation yesterday (9) against illegal fishing practices in their area that led to clashes in recent weeks.

Catholic priests of Chilaw joined the protest by the fisher-folk of Mahawewa, Kudamaduwella, Thalwila and Barudalpola that lasted around two hours.

Carrying placards, they proceeded in their boats to the sea and then returned to the shore to continue the demonstration.

Small-scale fishermen are hit hard due to the use of illegal fishing methods, said Puttalam coordinator of the National Fisheries Solidarity Loyola Peiris.

Rev. Fr. Eranda Ranasinghe said they had no option but to resort to protests to win their demands, despite the president’s request not to do so.