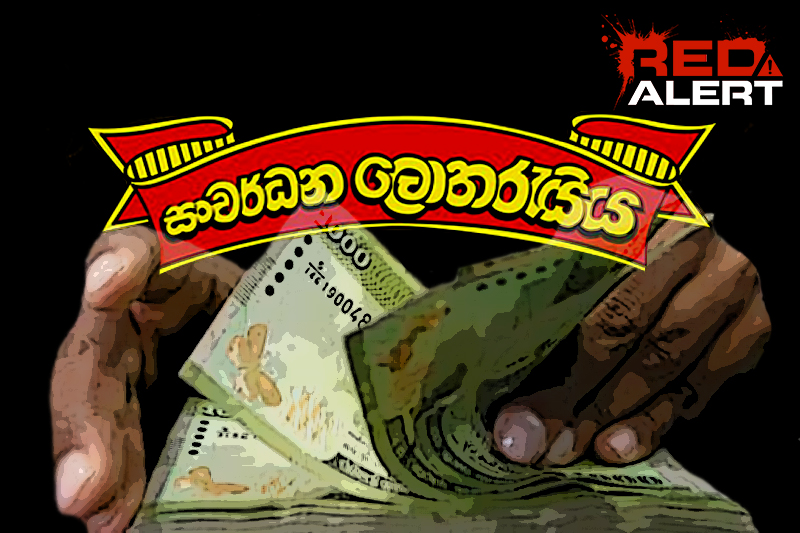 Irregularities taking place in the Development Lotteries Board (DLB) are coming to light further.

MP Dayasiri Jayasekara recently exposed ‘Sanvardana Abiman’ parties by its chairman to build on his political connections, which have since been halted.

The DLB chief is now in another spending spree, to change the corporate logo at a cost of Rs. 100 million.

The late Lalith Athulathmudali founded the DLB together with the Mahapola Scholarship Fund, and its logo portrayed an image devoid of commercial intentions.

Staff or sales agents are yet to be officially informed about the plan to change that logo.

However, after coming to know about it through other sources, the agents’ association has objected to the chairman, who claimed a need for its change to suit the times.

An association member said around 1,000 sales counters had been closed and mobile sales too, have declined by around 500 personnel due to the fuel shortage and loss of income for the past five months.

Despite many requests, the chairman does not allow a meeting with the agents at least, he said.

A daily loss of over Rs. 100,000 in income is accrued due to instant lotteries not being printed.

The agent charged the DLB chairman goes to the Rupavahini Corporation for the telecast of the draws even on Sundays and gets an allowance of around Rs. 300,000 per month.

Meanwhile, the DLB chairman took a group of his loyal staffers to Kataragama Devale last Sunday for a Pooja to pray for success in his job.