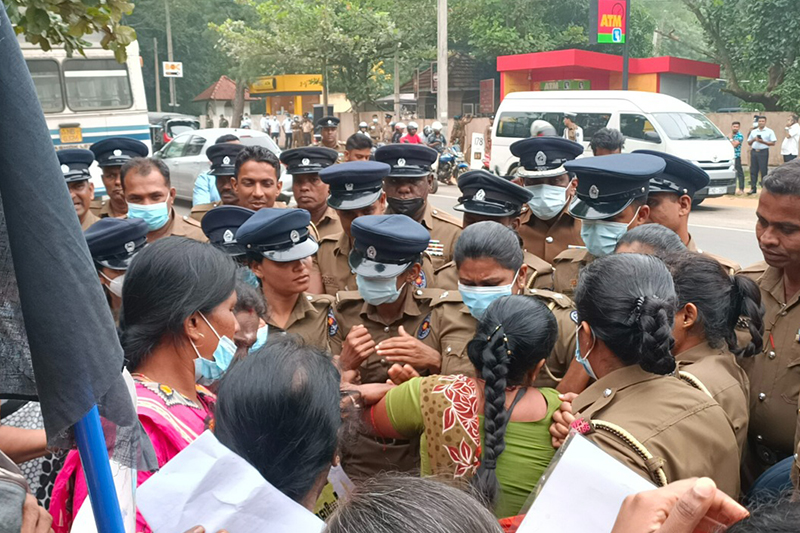 President Ranil Wickremesinghe barely missed being encountered by protesting Tamil women in the Wanni on November 19 who berated him for failing to fulfill the promises he gave as prime minister of the good governance regime.

He was in Vavuniya for a meeting of the district development committee, when women from families of victims of enforced disappearances gathered outside and spoke against him for not meting out justice for the missing as promised.

Police used force and prevented them from entering the district secretariat, but allowed them to hold a protest after the president left. 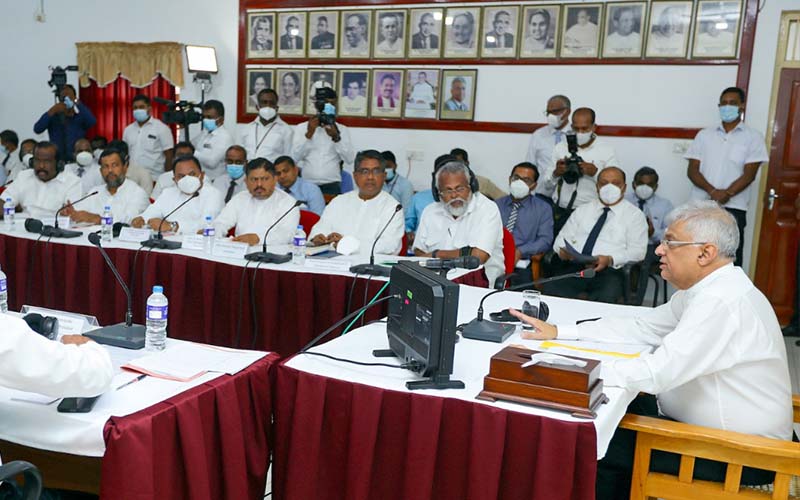 He also assured that land, housing, health, irrigation and agricultural issues in the north will be given speedy solutions.

He told people’s representatives and state officials from Vavuniya, Mannar and Mullaitivu that issues that remain unresolved would be fixed in consultation with all stakeholders.

Issue of the missing

The Archaeology Department’s takeover of certain farming land in Mullaitivu too, came up at the discussion, said the PMD which made no mention about the protracted protests by Tamil women demanding to know the fate of the missing.

They still carry on with their sit-down protests launched in February 2017 in Jaffna, Kilinochchi, Vavuniya, Mullaitivu, Trincomalee and Mullaitivu.

The Office of Missing Persons set up in February 2018 has so far failed to account for a single missing person.

According to the OMP, at least 21,000 persons had gone missing during the war and thereafter.

In August 2018, it recommended to prioritize determining the fate of those who went missing after surrendering to the military during the final stages of the war.