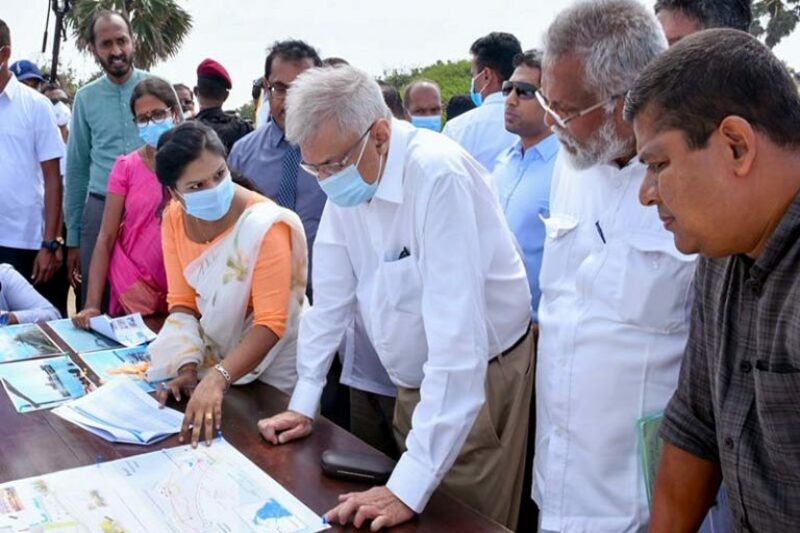 President Ranil Wickremesinghe who was in Mannar over the weekend on an observation tour held discussions with government officials to establish a green hydrogen project, improved water management system, reforestation projects, and to add renewable energy potential to the main power grid in the Northern province to mitigate effects of global warming.

After observing the Tambapavani Wind Power Plant in Mannar yesterday (20), the President issued these instructions during the discussion held with the Ceylon Electricity Board and the Renewable Energy Authority, to inspect its current progress and plans for the next ten years. 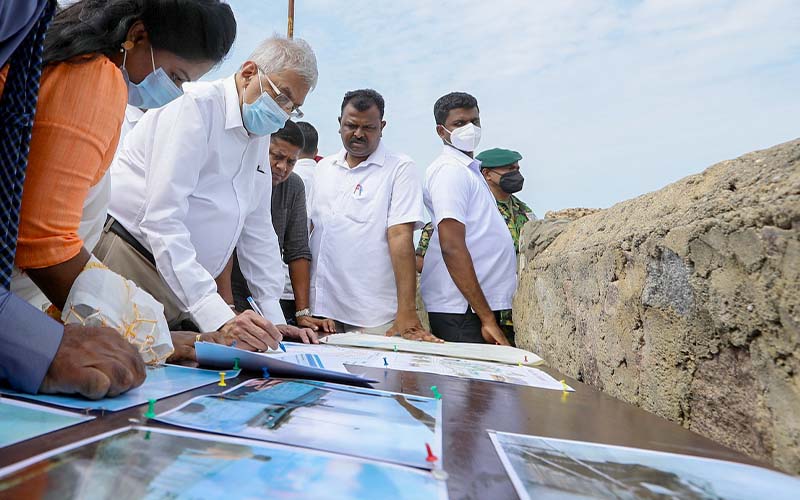 President Wickremesinghe said that green hydrogen could be used for shipping. The Colombo, Hambantota, and Trincomalee ports will immediately be green ports. Introducing green hydrogen energy systems for fishing boats can bring about a unique change and can make a difference in the country’s economy and the northern economy.

The President also discussed the seawater desalination plant, which is under construction in the Northern Province. He noted that if climate change affects the water table, the water under the City Park can be reduced. Therefore, in order to ensure the availability of water in the Northern Province, the construction of such plants, more tanks, mini hydro projects, and reforestation is vital. He instructed the officials to identify irrigation canals, which can be converted to mini hydro projects immediately to overcome the issues of global warming.

The identification and research of future technologies and methods in the energy sector with the support of the Moratuwa and Peradeniya universities were also discussed.

Following the discussions, the President joined the inspection of the Talaimannar Jetty and discussed with the Urban Development Authority, Wildlife Department, Central Environment Authority and Navy officials regarding the restoration and future use of the jetty under the Mannar Regional Development Plan. 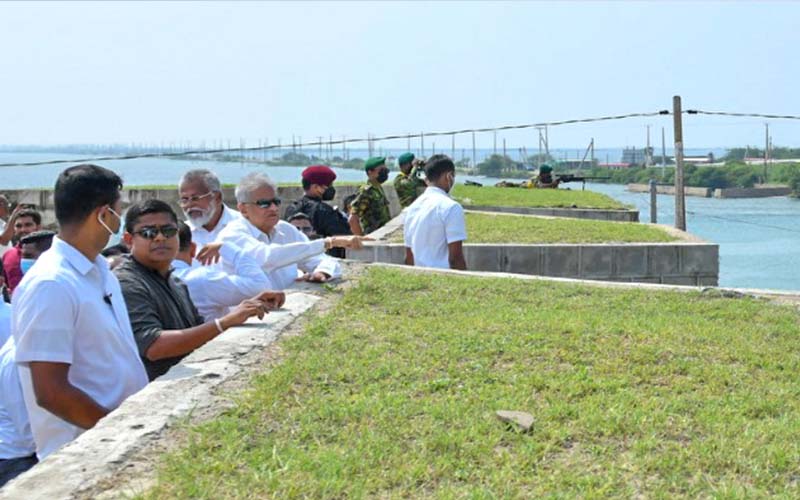