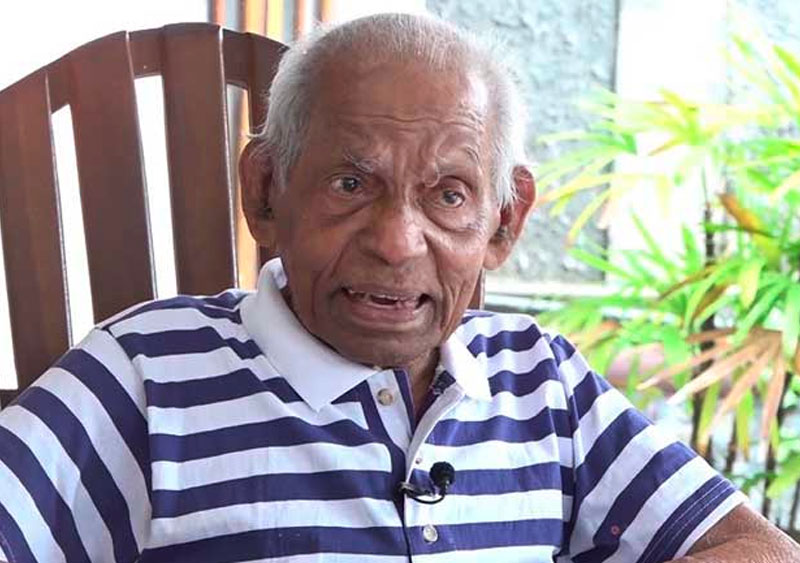 Veteran actor and broadcaster Alfred Perera passed away at his home in Dalugama, Kelaniya yesterday (20), aged 93.

He was a longtime news reader at state radio and translator in parliament.

His remains will lie at Supreme Funeral Parlour in Makola and the funeral takes place tomorrow at 3.30 pm at the Dalugama church cemetery.