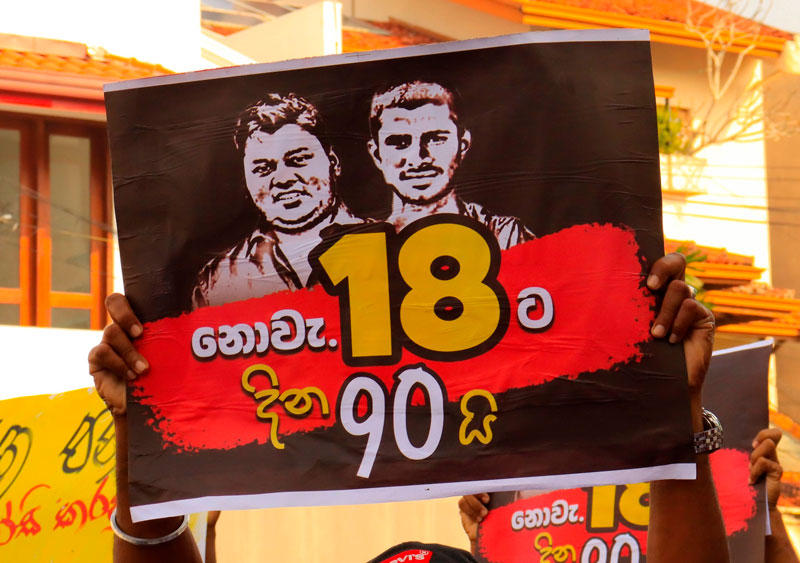 Two major protest marches in Colombo yesterday (18) against the continued incarceration of two student leaders came under heavy water cannon and teargas fire by the police.

Organized under the IUSF, civil society and trade union activists marched from near the UN Office at Thummulla and near the TID in Narahenpita.

The protestors came under attack at Flower Road and near Nelum Pokuna Theatre.

However, they disregarded the blockades and marched towards Welikada Prison, where a rally was held.

The two student activists were remanded after being detained for 90 days under the PTA.