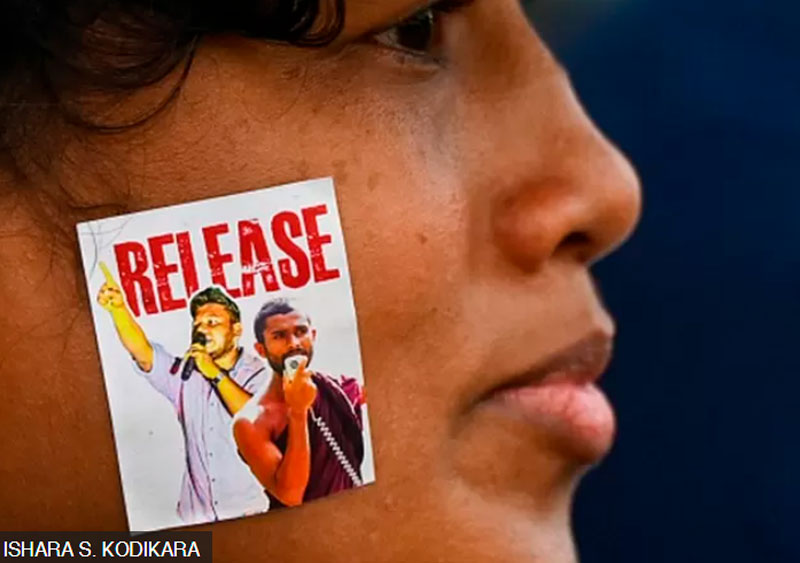 The two student activists Wasantha Mudalige and Ven. Galwewa Siridhamma Thera have been ordered by the Colombo additional magistrate to be remanded until the TID obtains the attorney general's advice.

Both were detained in the Tangalle old prison under the PTA for 90 days on a presidential order by the TID which presented them before the court yesterday (17).

Meanwhile, the Human Rights Commission of Sri Lanka said their arrest, detention and continued incarceration under the PTA is unreasonable and without justification. 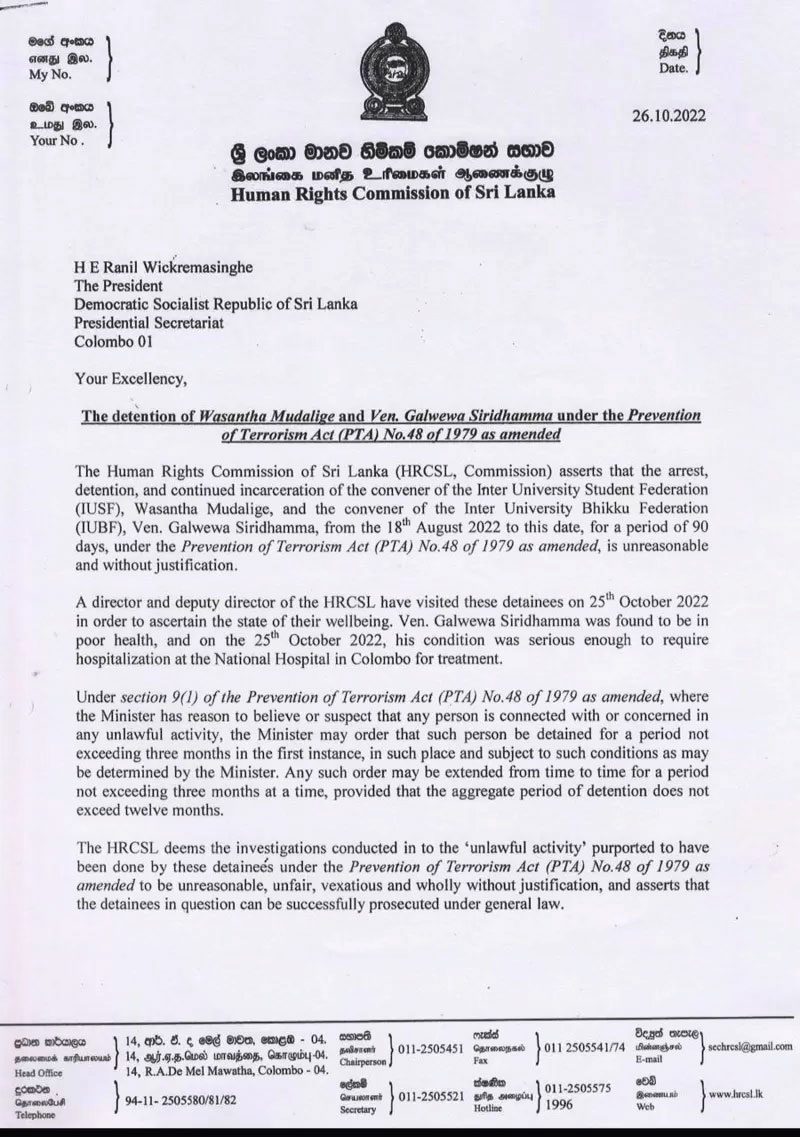 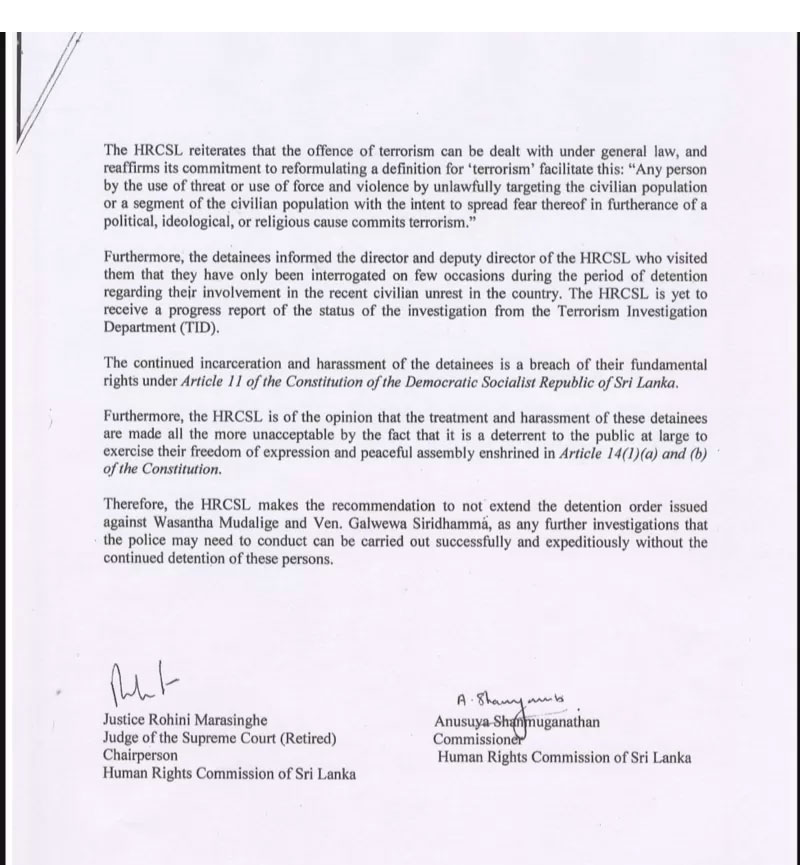 The HRCSL had recommended not to extend the detention order issued against the two, as further police investigations could continue without their detention.

Also, Amnesty International has urged the government to drop the terror charges against the two student activists.

The baseless terror charges against Wasantha Mudalige and Galwewa Siridhamma Thera must be immediately dropped and any extension of the detention order must be stopped, said AI’s South Asia regional researcher, Thyagi Ruwanpathirana. 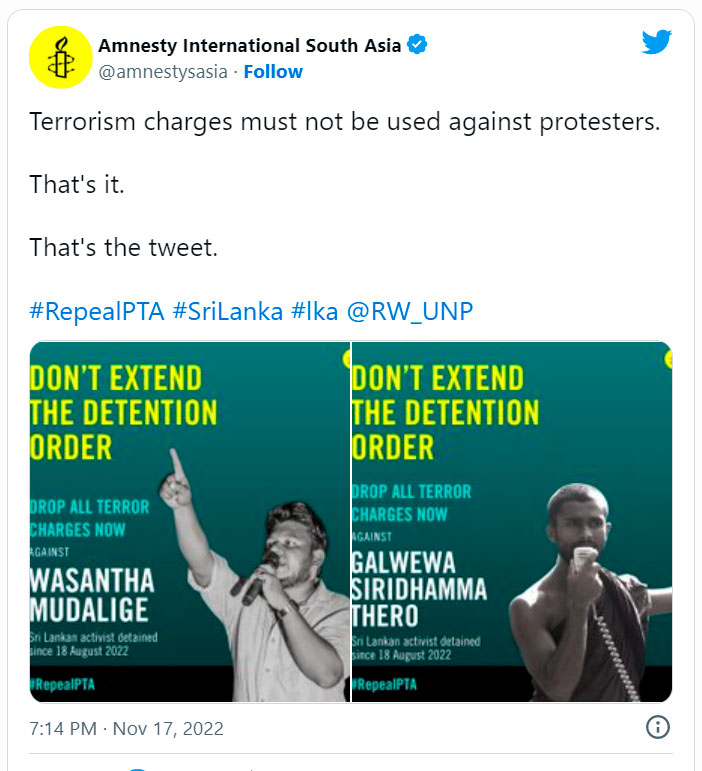