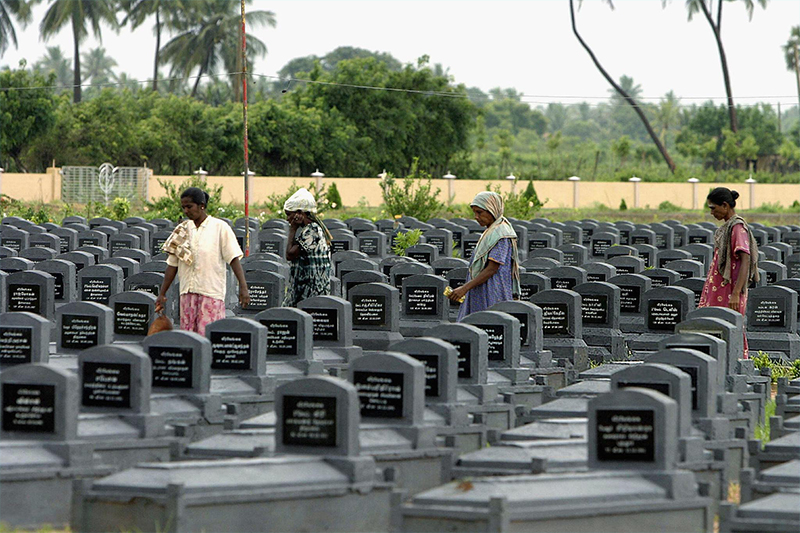 A Tamil politician has called for the freeing of the military-occupied LTTE cemeteries in the northern and eastern provinces.

Deputy leader of the TNPF Selvarasa Gajendran referred the request to president Ranil Wickremesinghe in a speech in parliament yesterday (16).

He asked that the ‘Mahavir’ cemeteries in Jaffna, Mullaitivu, Trincomalee and Batticaloa districts be made accessible to the Tamil people to remember their dead.

His request comes amidst several instances of the Army and the police having disrupted the cleaning up of these cemeteries in time for a remembrance on November 27.

Gajendran said a group including him were clearing the road in front of the cemetery in Kopay, Jaffna on November 02 when soldiers told them to halt the work, and erected Buddhist flags by the roadside.

TNPF leader Gajendra Kumar Ponnambalan had a similar experience at Alankulam in Trincomalee, while such incidents were reported from three other areas as well.