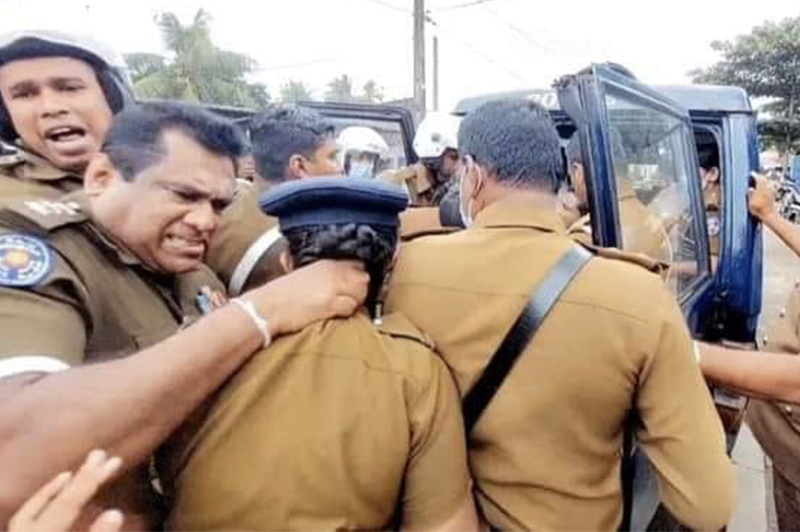 A chief inspector of police in Panadura is under investigation for allegedly grabbing two female officers from their necks and pushing them forward during a protest at Palliyamulla on November 14.

The IGP has ordered the director of the special investigating unit to look into the conduct of the OIC of Panadura South headquarters police, said police media spokesman SSP Nihal Talduwa.

As they were on their way from Kalutara town to Galle Face Green in Colombo, both were taken into custody.

As they were being put into the police jeep, the OIC had grabbed two female officers from their necks and pushed them forward.

Videos and pictures of the incident that circulate in social media also show him reprimanding his two female subordinates as, “Balan inne viriththagena... magula.”