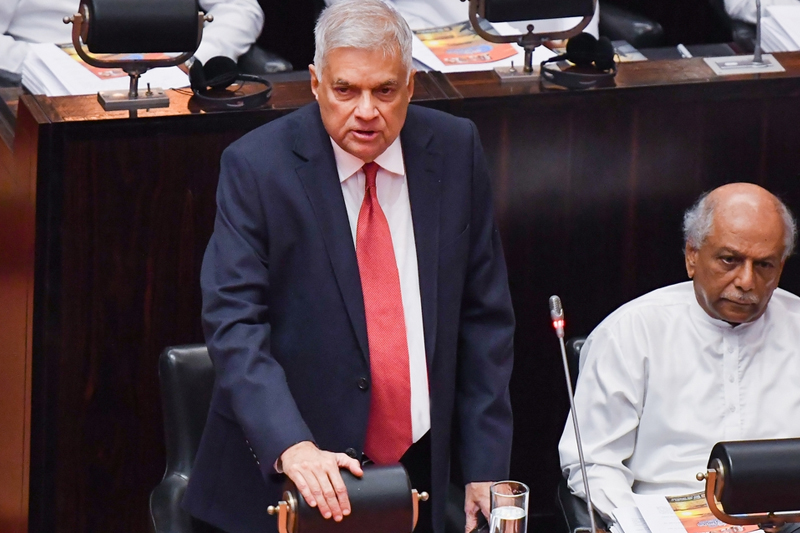 President Ranil Wickremesinghe has invited all Tamil political parties for talks on issues faced by their community with a view to resolving them without foreign intervention by the 75th Independence Day.

Speaking in parliament on November 10, he extended an open invitation to the Tamil parties in parliament to a discussion scheduled for next week to take up issues facing the Tamils and to “resolve these issues amicably without outside interference, prior to the 75th independence celebrations next year”.

“No one wants interference in this country. We can resolve our issues and go forward, and that is our plan,” said the president.

He also said his cabinet will present new laws to parliament early next year on the proposed Truth and Reconciliation Commission, a new Counter Terrorism Act and new legislation against corruption.

“We’re also discussing the problems faced by the people in the North.”

“We have already released some prisoners. There are more to be released,” he said.

That will be extended to a national literary award-winning Tamil writer who has been behind bars for 16 years under provisions of the PTA, if he is found not guilty in an ongoing case, said the president.

He also said that 2,000 files on missing persons have been completed so far.

The president said the government also has plans for economic development in the war-ravaged north and the east.

“I’m getting an assessment done of the renewable energy potential in the north and the possibility of green hydrogen. You get green hydrogen on a competitive basis, your whole northern economy comes up. We have to look into this. The bulk of our renewable energy will be from Puttalam to Trincomaleee,” he said.

“There are other developments. In Trincomalee, and down to the east for tourism; a fair number of developments that we want to do,” president Wickremesinghe added.