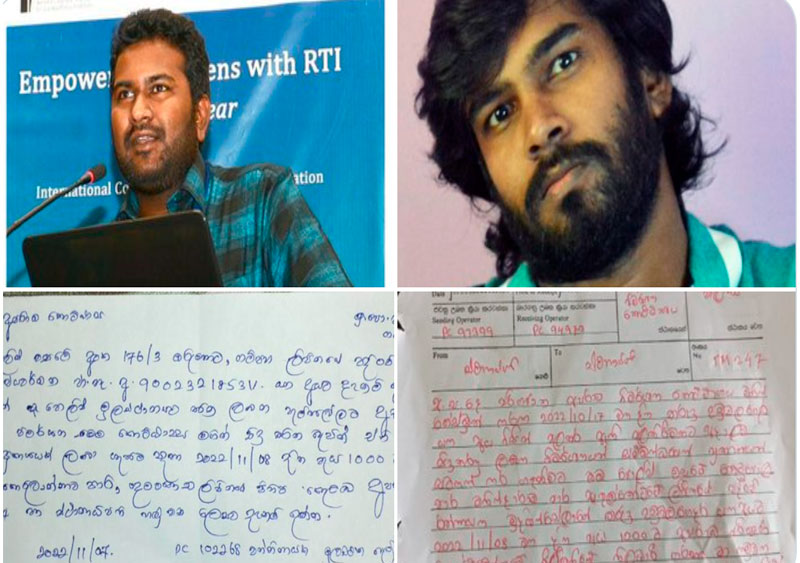 Journalist Tharindu Uduwaragedara was present at the CID yesterday (08) to give a statement with regard to a facebook posting shared by him.

The IGP had ordered a probe into the relevant facebook note published on October 17.

President of the Young Journalists’ Association Tharindu Jayawardena was summoned to the CCD over the same fb posting.

Meanwhile, Jayawardena has written to police chief Chandana Wickramaratne over the summoning of Uduwaragedara.

Jayawardena said Uduwaragedara’s facebook posting was based on a collective decision taken by the association which posted it first and takes full responsibility.

The posting in question is in relation to the violent police crackdown on a peaceful protest on October 09, he said. 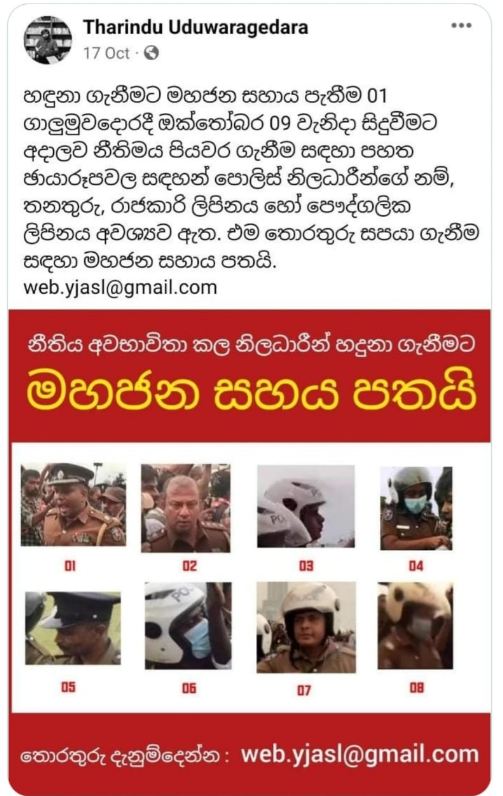 Despite being informed, the IGP is yet to initiate an investigation over the incident of serious fundamental rights violations, said Jayawardena.

FR petitions seeking compensation will be filed against the police officers responsible and the fb posting of their pictures was published to help in their identification, he said.

The Human Rights Commission too, has been furnished with the same details and pictures, he added.