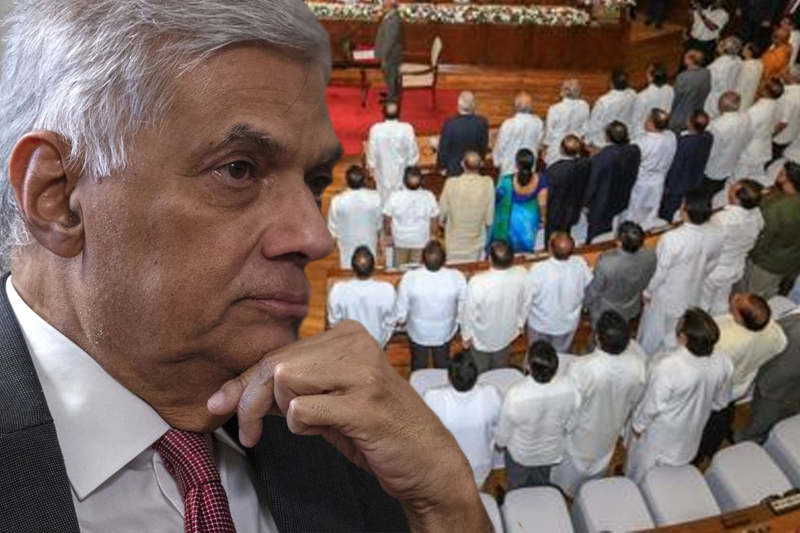 A long-expected cabinet reshuffle is getting delayed due to disagreement over four of the nominees, ‘Lankadeepa’ reports quoting government sources.

President Ranil Wickremesinghe received a list of 12 hopefuls from the SLPP several months ago, compiled by its national organiser Basil Rajapaksa.

One of them is Namal Rajapaksa, who has since said he would not accept a portfolio for the time being.

The party has been repeatedly asking about the delay, which has raised concerns among its hopeful MPs.

They reached an agreement not to appoint the four SLPP MPs in question as ministers.

A cabinet reshuffle is expected after the president presents the 2023 budget in parliament on November 14.

It will see several changes in ministries, including finance, a portfolio which cannot be held by the president as per the 21st amendment to the constitution.

Ali Sabri, presently the foreign affairs minister, is to be given finance again.

According to government sources, several SJB MPs too, will accept ministerial positions.