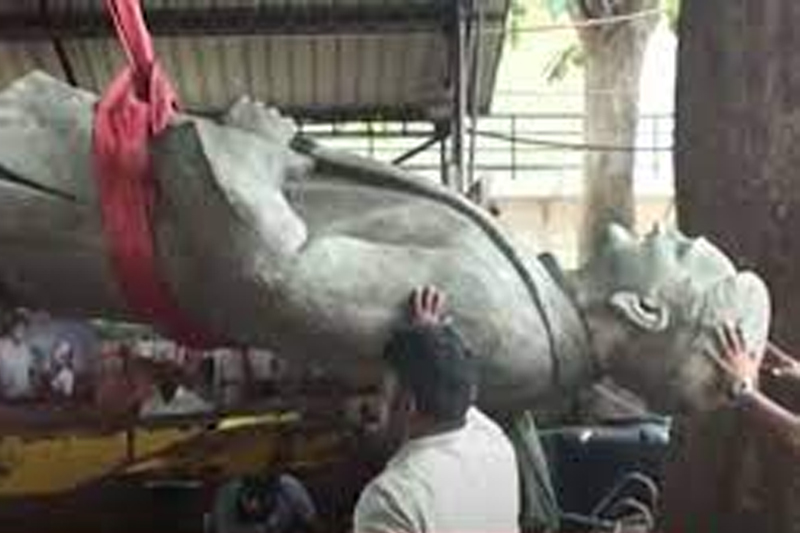 Late politician D.A. Rajapaksa’s statue was reinstalled yesterday (03) in Tangalle six months after it was dismantled by protestors.

Erected by the side of the road to Mahawela, it was pulled down on May 10.

His statue was taken to its original place of installation from Carlton House by a group including MP Namal Rajapaksa and several members of the area’s urban council.

D.A. Rajapaksa was the father of former presidents Mahinda Rajapaksa and Gotabaya Rajapaksa.

Both will be present at the unveiling of the statue on November 06, when the late politician’s remembrance takes place.

Namal Rajapaksa said he believed those responsible for the dismantling of the statue would be punished by the law.