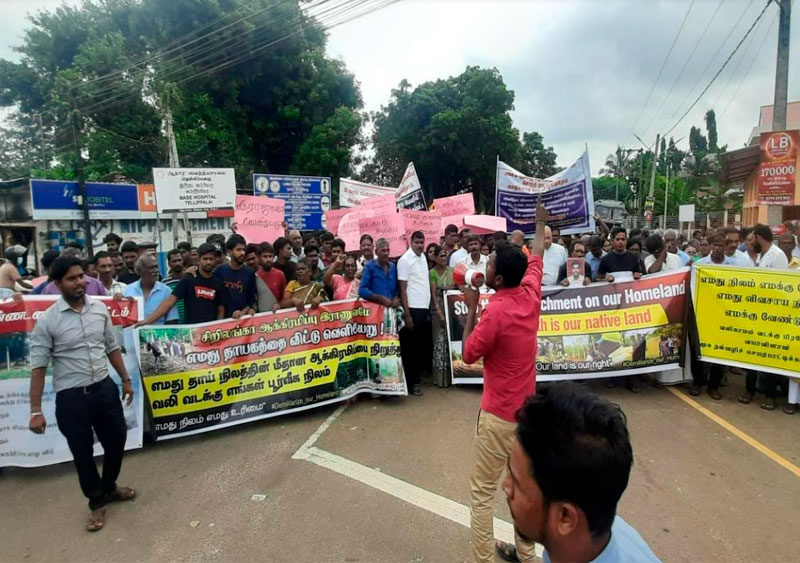 A protest was launched yesterday in Jaffna (02) against the military’s continued occupation of private land in the northern and eastern provinces even 13 years after the war.

Handing over a petition detailing their demands, the protestors claimed that more than 6,380 acres of private land in that area alone was taken over by the armed forces.

Only 3,384 acres have been released to their owners so far following protests, they said.

The lands minister has instructed the divisional secretary in writing to allocate 1,600 acres for the expansion of a military camp.

However, the government has told the United Nations that the military occupies only 53 acres there, they said.

Protestors also called for a referendum on a political solution for the Tamil community.