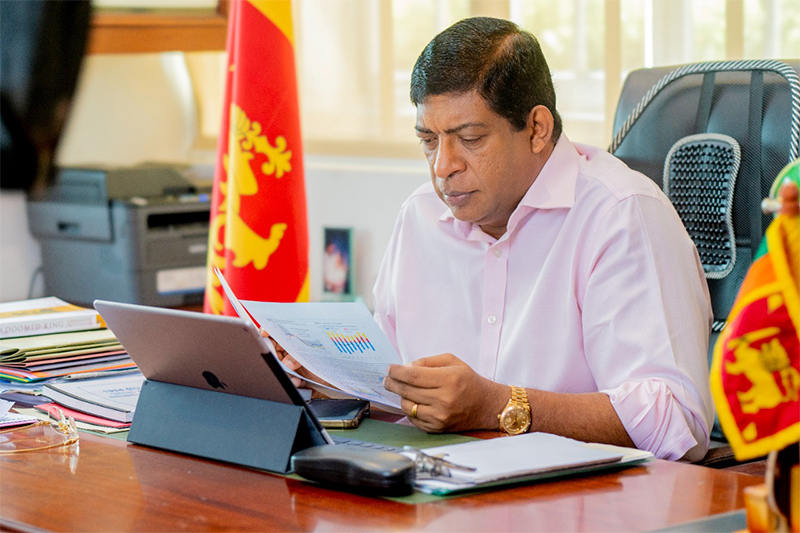 Former Finance Minister Ravi Karunanayake has spoken out in support of a practical, attainable, fair, and equitable taxing system in Sri Lanka towards implementing a sustainable growth plan for the island nation.

Ravi Karunanayake states he has been observing from the sidelines the current discussions and debates being held in wake of the drastic tax measures being implemented to improve the government’s financial standing is impractical and not sustainable.

“The approach should be to achieve a financial target of how much money we need to collect, rather than stipulate various tax brackets and taxing those beyond their ability to pay” the former minister observed.

Sri Lanka is struggling to stand back on its feet after a series of bad decisions and a subsequent economic crisis which left the island reeling in wake of record high inflation rates, and a severe shortage of essential supplies.

Ravi Karunanayake in his former office as the Minister of Finance secured an IMF bailout to avoid a balance of payments crisis, replenish reserves and rebuild confidence among international investors. Government revenue grew from 8.4% of GDP to revenue to 15% in less than 33 months, this increase was achieved by revenue targets and not on percentage on taxes effectively broad basing the taxpayer’s net.

Karunanayake called for more hands-on experience and a professionally prepared approach in tackling the deficit in government revenues, highlighting that the "biggest challenge is that Sri Lankans feel their tax payments are not being justified, but rather wasted and exploited by government servants and politicians alike."

“It is necessary to inculcate into the minds of the people that every rupee earned by the government is being spent wisely,” the former minister observed, “We are nearing 75 years of independence, but have we truly obtained economic independence?”

“At a time when Sri Lanka’s economy is virtually in the doldrums, positively looking at bringing it back to normalcy is the commitment of all of us, every Sri Lankan must passionately work towards resurrecting the country, and bringing in revenue,” said Karunanayake.