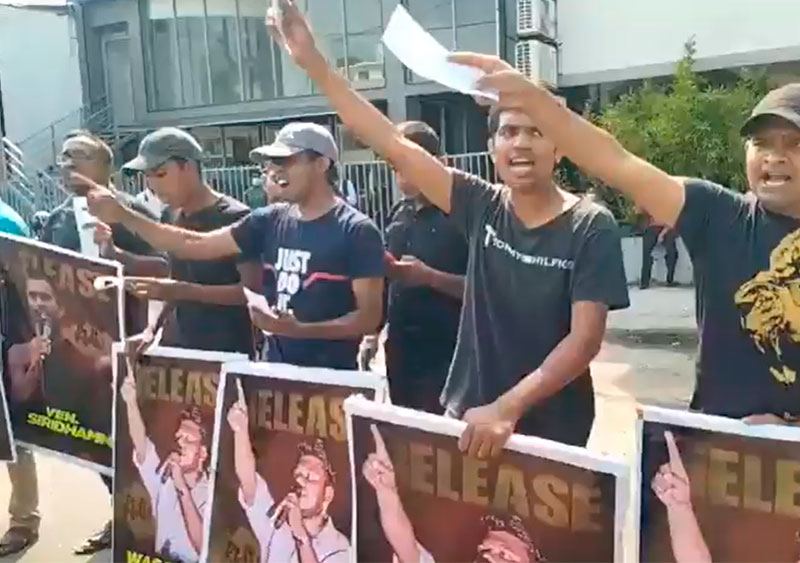 They accused the TID of neglecting its responsibilities and endangering the life of Siridhamma Thera when it waited until relatives and human rights activists demanded that he be hospitalized.

A large police presence was there for the duration of the protest.