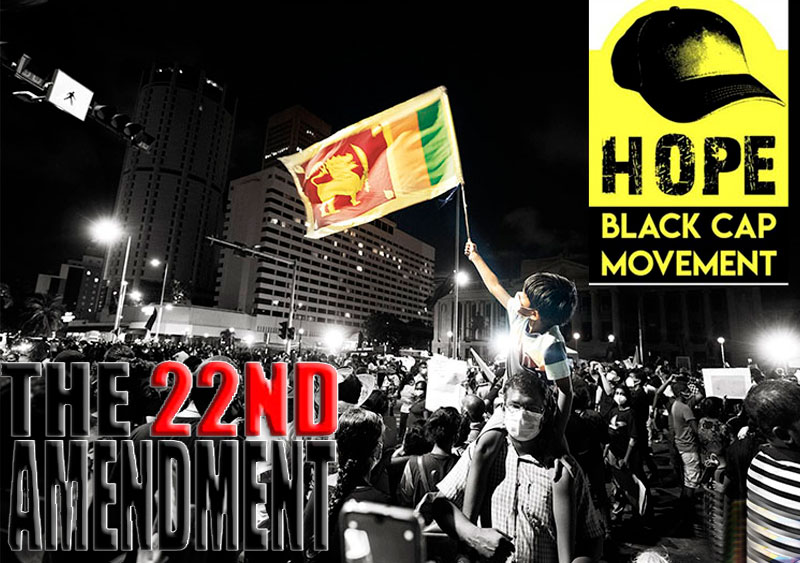 Youths and other citizens who waged a peaceful struggle for socioeconomic and political reforms should be credited with the success in the 22nd amendment to the constitution, says the Black Cap Movement.

In a statement, it also extends its gratitude to all MPs who voted in support of the amendment at the parliamentary vote.

Despite the 22A not having all the progressive reforms the Movement expected, it was an opportunity for the abolition of 20A, the worst ever constitutional amendment, it adds.