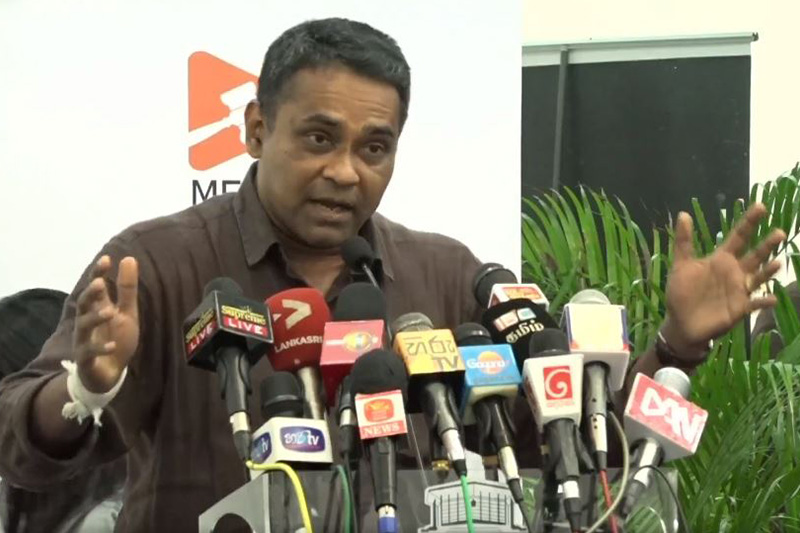 The line of thinking of those in government is such that eminent personalities in the likes of Nanda Malini and Sunil Ariyaratne need to be rehabilitated, said senior journalist Dr. Ranga Kalansooriya.

He was referring to the rehabilitation bureau draft bill when he addressed a seminar organized by the Media Law Forum at the BMICH in Colombo on October 18 to discuss laws affecting the field of media.

Dr. Kalansooriya said, “If the government thinks this person needs rehabilitation, he will be rehabilitated. It finds someone is in need of rehabilitation if he rejects the prevailing muddy pool of politics and calls for a new political culture. The clause starts with the term ‘misled fighters’. But, it does not define who these ‘misled fighters’ are. That could be anyone.”

“Recently, we heard claims that a certain person who had once gone off course is now on the right course. And, that he should now be supported. That means, all the others who had not taken his path had gone off course and should be rehabilitated.”

Speaking further, Dr. Kalansooriya drew examples from India and Indonesia, where those who fought for reforms did not get arrested or rehabilitated, but instead, focus was made on democratic and political reforms.

Indonesia will become the world’s fifth most powerful economy and the reason was the reforms it had made, which gave foremost place to the freedom of speech.

In the case of India, political reforms were not that essential as it has a very strong foundation that respects the rule of law, freedom of individuals, communal integrity and cultural diversity.

The senior journalist said the best thing that could now be done in Sri Lanka is to go for an election as soon as possible and form a stable government.

Main among the reforms required are democratic and political, not economic, he stressed, adding that safeguarding democracy should be practical and for the well-being of the public.

Dr. Kalansooriya had a message to social media users that the Media Law Forum will represent them if they get wrongly persecuted despite being ethical, democratic and do not spread falsehoods or hate speech.