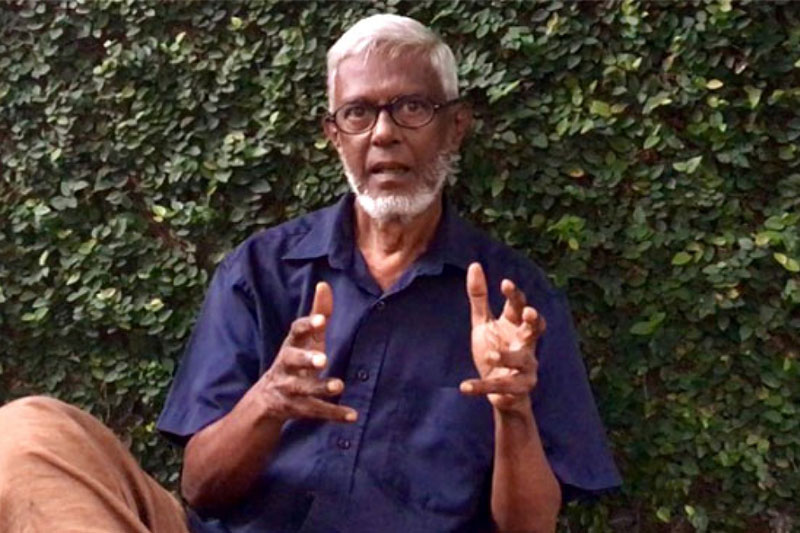 President Maithripala Sirisena is said to have sat up and taken notice of the legal action being taken against Senior Journalist Kusal Perera under the International Covenant of Civil and Political Rights (ICCRP) Act.

As a result, President has personally reached out to Perera following his return to Sri Lanka yesterday (16) following his visit to Tajikistan. According to yet another Senior Journalist, Victor Ivan during the conversation, Sirisena has assured Perera that he would not be arrested and claimed the case will be shortly referred to the Attorney General's Department. Victor made these claims on his personal Facebook profile. Kusal Perera has also since tweeted confirming the news.

For several years Perera has been writing a political column for the Daily Mirror. Last week the Organized Crimes Division of the Police had presented charges against Perera before the Colombo Magistrate and then gone on to obtain a statement from the Daily Mirror Editor.

The Police had been attempting to arrest Perera wrongly under the ICCRP Act based on a complaint received against him claiming he is inciting religious hatred in his weekly column on May 17. As a result, a number of professionals, academics and activists have urged Sri Lankan citizens to rise up to prevent the arrest of Police. According to the press release by the group attempts to arrest Perera based on a complaint lodged with a clear political agenda can only be construed as a cowardly act which has sought to silence Perera. They have noted not only does it take away Perera’s freedom to express himself but is also a threat to the freedom of expression of all Sri Lankans.