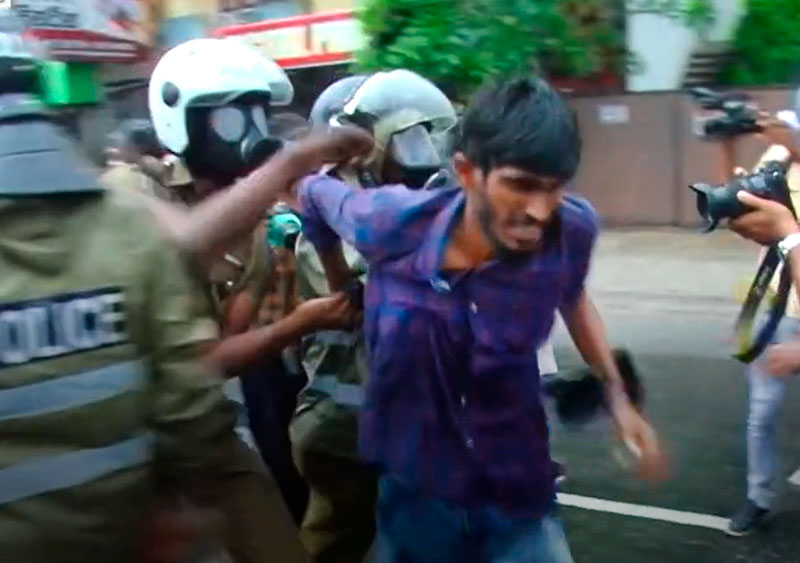 Seven university students got arrested as the police dispersed a protest march by the IUSF against state repression in front of the Kelaniya University yesterday afternoon (18).

Blocking the Colombo-Kandy road, the protestors demanded the releasing of IUSF convener Wasantha Mudalige and Ven. Siridhamma Thera presently in remand custody under the PTA.

The police media spokesman said the law was enforced as no prior permission had been obtained for the protest.