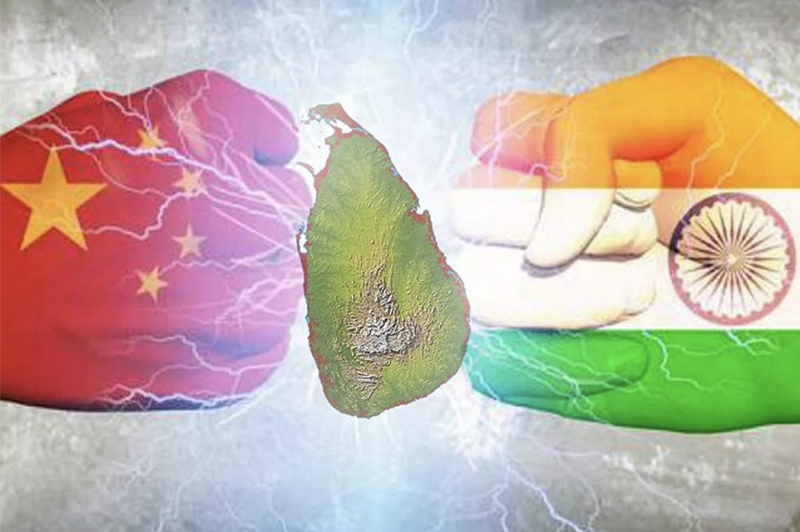 Tamil Nadu has flagged serious security concerns over the increased presence of the People’s Liberation Army (PLA) of China in Sri Lanka.

An alert issued by the State’s intelligence agency a few days ago said the activities of the Chinese in the neighbouring country is a concern to national security and called for intensified vigil along the coastline.

The movement of PLA cadres and deployment of hi-tech gadgets such as satellites, drones and other communication equipment in northern Sri Lanka required constant surveillance in coastal districts, the advisory sent to all cities/districts in the State said.

Citing sources, the alert claimed that the PLA deployed sophisticated gadgets in the garb of launching sea cucumber farming.

The security advisory comes days after an alert was issued by the same agency warning that a handful of Chinese nationals had clandestinely entered India via the sea route with the assistance of cadres belonging to a Sri Lanka-based political party.

The Tamil Nadu Coastal Security Group had also, citing a Central intelligence agency, issued an alert on the Chinese ship used to monitor satellites, rockets and inter-continental missile launches of China docked at Hambantota Port, and called for adequate security arrangements in view of vital installations such as nuclear establishments and seaports along the Tamil Nadu coast.

The free movement of Chinese nationals in many parts of northern Sri Lanka, including Mullaitheevu, Paruthitheevu, Analaitheevu, Meesalai, and Chavakkacheri, had triggered discontentment among Tamil fishermen.

They had expressed the apprehension that the Chinese were exploiting the rich sea wealth, which is their only source of livelihood.

The fear of the local Tamils was that the prevailing situation might lead to a division among Sri Lankan nationals and curtail the influence of India on Tamils living in the northern and eastern parts of the island nation, the alert said.

Tamil Nadu had strengthened security arrangements along the southeastern coast after a Union government advisory on the arrival of Yuan Wang 5, a Chinese research vessel at Sri Lanka’s Hambantota Port on August 11.

With the vessel equipped with space/satellite tracking and intercontinental ballistic missile launch facilities, the State activated its intelligence machinery at vital installations along the 1,076-km long coastal belt, sources said.

After Sri Lanka cleared the arrival of a Chinese satellite-tracking ship to its Chinese-funded Hambantota port in August this year, India expressed its concern over the visit.

The Ministry of External Affairs said India was carefully monitoring developments that had a bearing on its security and economic interests.

Asked for his comments, Additional Director-General of Police and Chief of Tamil Nadu Coastal Security Group Sandeep Mittal said it was not a disputable fact that the presence of Chinese nationals was increasing in Sri Lanka.

The frequent visits of the Chinese Ambassador to Sri Lanka to islands close to the International Maritime Boundary Line, and a drone survey conducted in the area in the guise of assessing prospects of harvesting sea cucumber, made the developments suspicious.

“While India is providing scholarships to Sri Lankan students pursuing undergraduate programmes in India, China is funding postgraduate Sri Lankan students studying in their own country. It is obvious that they [the Chinese] are trying to woo the youth in Sri Lanka to support their future plans,” he said.

Dr. Mittal, who is also the State Maritime Security Coordinator, said there is no guarantee that only Chinese would intrude into Indian waters.

“Anybody cultivated by them to further their mission can also enter the porous border along the southeastern coast…Tamil Nadu has issued an alert to all coastal districts to activate their intelligence and intensify security along the coastline,” he said.

Security agencies in Tamil Nadu say there is an urgent need for the Union government to activate the Phase-III funding of the Coastal Security Scheme.

After the Phase-II ended in 2020, funds and infrastructural support for the Coastal Security Group had stopped.

According to a senior police officer, the Centre should help Tamil Nadu raise a few Indian Maritime Reserve Battalions to be stationed at vantage points along the coast considering the increasing threat perceptions.

Of the sanctioned strength of 800 personnel to the Tamil Nadu Coastal Security Group, there is almost 50% vacancy.

Preferring not to be quoted, the official said the Government of India was yet to approve the establishment of a Regional Maritime Coastal Security Training Academy though the Tamil Nadu Government had already allotted 240 acres of land near Rameswaram.