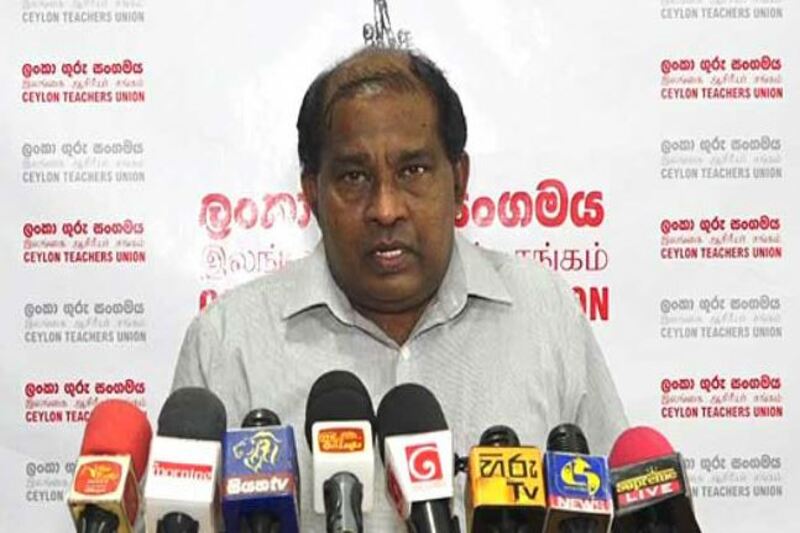 A prominent teacher’s union in the country has urged government authorities responsible for the protection of children to take necessary actions against the male and female police officers who had allegedly tortured and abused children at the Galle Face Green.

By filing a complaint on October 10 with the National Child Protection Authority (NCPA), the Ceylon Teachers Union (CTU) highlighted that the actions of the police officers disrupted the peace as children were placed under severe pressure by creating a dangerous situation where the children were spending their free time on a day off.

Participants at a peaceful protest and the commemoration of the dead that was held on October 09 at the Galle Face Green were treated by police "cruelly, inhumanely, and humiliatingly," said an organisation of journalists.

He stated that the police arrested a 16-year-old child called Uvindu Rajapaksa who had come with his mother to record the protest.

The teachers' union leader has also alleged that the police were seen terrorizing and torturing the children who were peacefully protesting whilst playing at that place.

In their complaint, CTU further requested that the NCPA investigate the behaviour of police officers in order to take action against those who had allegedly abused the children.

Meanwhile, NCPA chairman Prof. Udayakumara Amarasinghe had said that the Authority is probing an allegation that 'children were used as shields' during the anti-government protest.

He has not made it clear whether there will be any investigation on police brutality.

NCPA probe into presence of small children at public protest