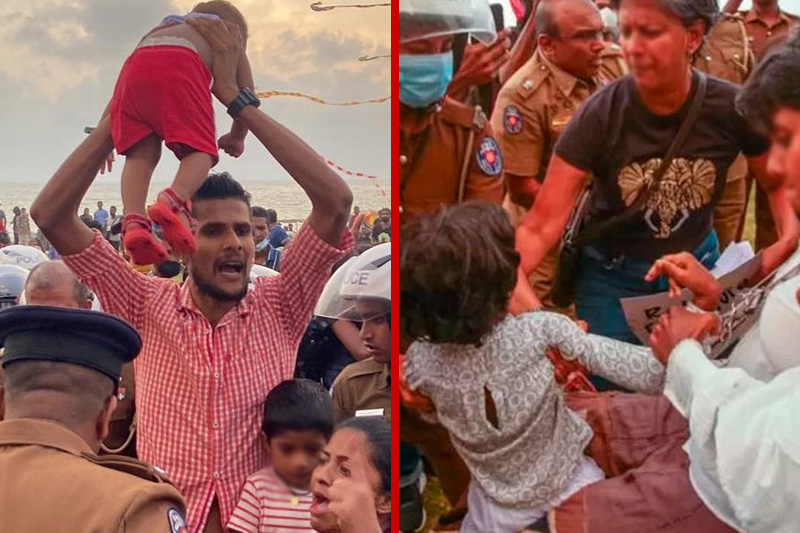 The National Child Protection Authority (NCPA) is investigating two complaints with regard to the presence of small children at a public protest at Galle Face promenade in Colombo three days ago.

NCPA chairman Prof. Udayakumara Amarasinghe said one complaint was by Nawa Janatha Peramuna which alleges the use of children as shields during an anti-government activity.

Courts will be informed if the investigation finds the parents are in the wrong, he said.

The second complaint is against the police that its action to disperse the protestors caused harassment to children.

Amarasinghe said one complaint claims children get harassed when taken to a place of public protest, while the second blames the police for harassing children during a peaceful protest.

He said that being an independent institution, the NCPA will investigate both complaints impartially.

Meanwhile, parents taking their small children to public protests became a trend after the circulation of a black and white photograph of a protesting woman with her child in her arms during a demonstration in Mirihana last April.

Chanuka Nadun Perera, who captured the shot, elaborates in an interview given to ‘Venin’ YouTube channel:

NCPA urges parents not to take children to protests