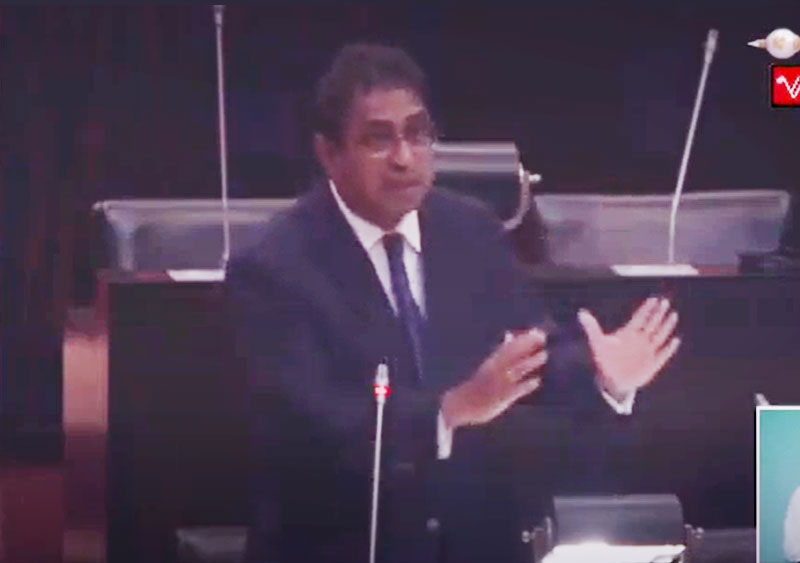 Dr. Harsha de Silva says he is happy to take the side of the people as chairman of the parliamentary Committee on Public Finance (COPF) although swindlers of public money become hurt due to his actions.

He told the House yesterday (07) that he chose to head COPF to work for the country and the people, and some have got very hurt due to what he has done within a short period.

He answered allegations over his inquiry into the coal tender, which the government claimed was a matter outside his jurisdiction.

As proven by an inquiry by the auditor general, the procurement process was against accepted guidelines and no level playing ground was ensured for interested bidders, said the SJB MP.

The COPF recommended that officials involved in the procurement process be banned from any involvement for one year period.

Dr. de Silva also said Board of Investment officials suggested 17 years of tax holiday for a certain investor, when the people have to pay taxes even for the loaf of bread and canned fish they buy.

The country should know the benefit it gets from giving that investor such tax concessions, he said, adding that approval was not given as the BOI chairman failed to submit details.

That does not amount to causing stress to officials, he said, and maintained that no approval would be given if officials fail to present analytical details.

The COPF chairman also countered an allegation by state minister Anupa Pasquel that it was wrong to hold an economic knowledge improvement programme for MPs.

The intention was to get economic experts to raise awareness among legislators about the serious situation of the economy.

He said he knew the persons who manipulate the likes of Anupa Pasquel.

“This is a country that has fallen prey to a ring of thieves. Ghosts of that ring emerge. I am not scared. I will work for the country in the future more strictly than at the COPF,” he said.

Dr. de Silva insisted that he would not hesitate to do what is right, irrespective of whether it is within or outside his purview.

Raising a point of privilege, state minister Pasqual charged the COPF chairman behaved in an arbitrary manner during the inquiry into the coal tender.

Dr. de Silva tried to answer the allegation, but speaker Mahinda Yapa Abeywardena refused him permission, and said he should explain it before the privileges committee.