His 108 off 71 deliveries including two sixes and 15 fours earned him the player of the match award.

As wicket-keeper, he accounted for two stumpings as well. 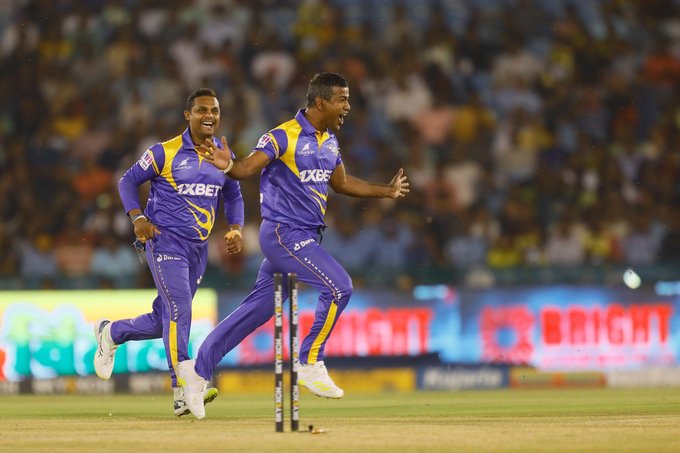 In bowling for Sri Lanka, Nuwan Kulasekara captured three for 29.

Replying, the Sri Lankan Legends were bowled out for 162 in 18.5 overs.

Ishan Jayaratne made a 22-ball 51, with four each of sixes and boundaries.

Vinay Kumar was the pick of the bowlers for the winners, taking three for 38. 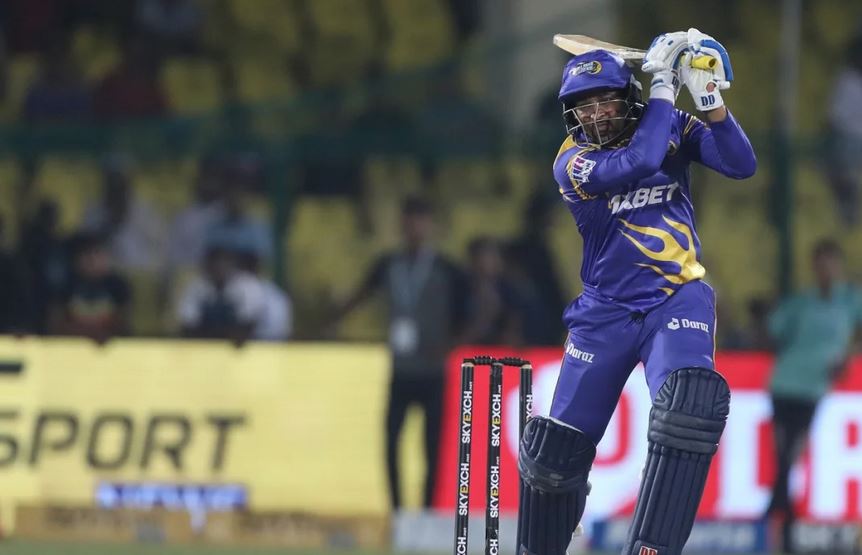 Sri Lanka skipper Tilakaratne Dilshan won the player of the series award for his 192 runs with the bat and five wickets haul as a bowler.