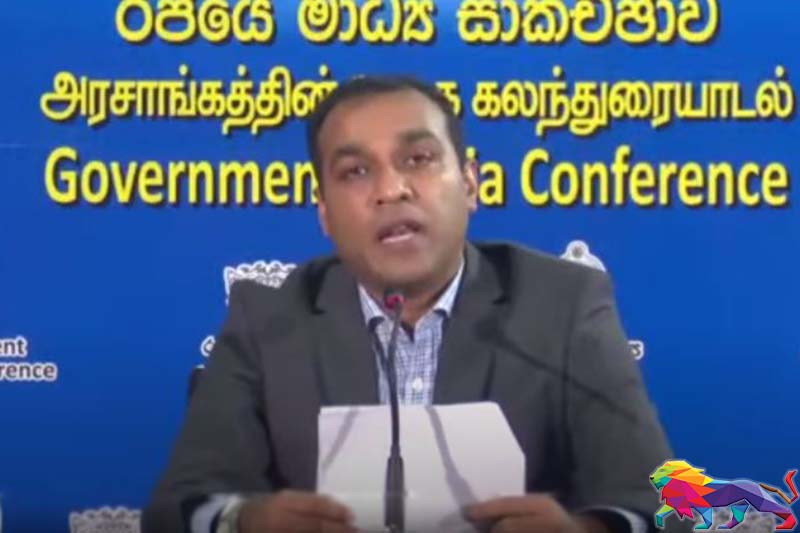 Acting defence minister Pramitha Bandara Tennakoon says a limited number of persons is planning to create disturbances in the country that is faced with a challenging situation.

Speaking to the media at the Government Information Department today (26), Tennakoon said university students’ unions and radical trade unions with political agendas are behind these attempts.

Hereafter, prior permission should be obtained from the police six hours before holding any protest or rally.

Up to now, organizers had not obtained permission for such demonstrations, which the law enforcement authorities would now deal with as per the law to ensure the smooth maintenance of public life, he said.

At the same time, the government recognizes the people’s right to protest, but such events should not hinder public life or the economy, said Tennakoon.

Failure to maintain law and order will again lead to anarchic, dangerous, uncontrollable situations to destroy life and properties, both state and private.

The recent incidents could even have led to invasions of parliament and the judiciary, the acting defence minister claimed.

Police have legal provisions to act

Also speaking here, defence secretary Kamal Gunaratne said the police had the legal provisions, with armed forces assistance if necessary, to act against any incident that disrupts public life as the country regains stability.

The retired general also said the high security zones were nothing new, and that only a few places in the city of Colombo have been designated as such.

He recalled how functions of the Presidential Secretariat came to a halt after protesters took control of the establishment a few months ago, and said such state buildings should be protected.