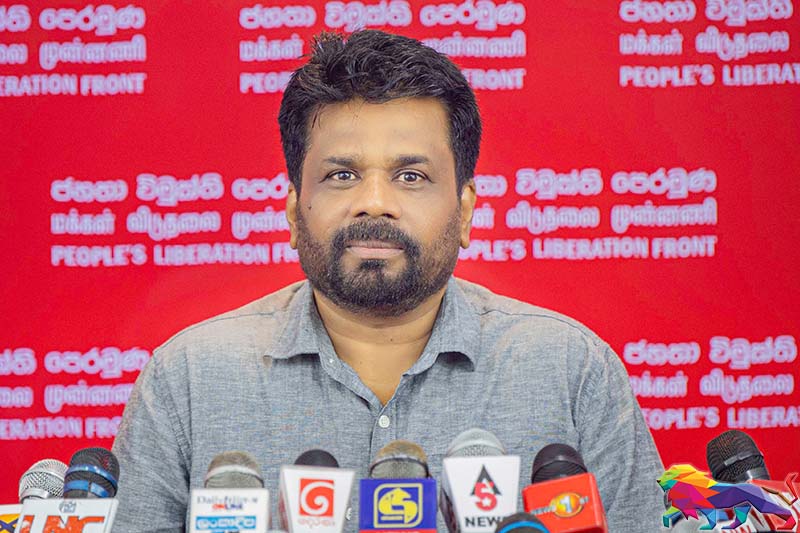 Ranil Wickremesinghe should end the insane repression he is unleashing in conceit with an improvised presidency he has obtained from parliament, JVP leader Anura Kumara Dissanayake says.

Speaking to the media at the party’s head office in Battaramulla today (25), Dissanayake said the government has resorted to barbaric attacks on protests that are the results of its bankruptcy and failure to resolve people’s issues.

The peaceful protest campaign by the JVP-affiliate Socialist Youth Union that was carried out without damaging any public property was inhumanly attacked by the police, he said.

“Ranil Wickremesinghe is acting like an insane dictator in complete violation of the constitutionally-given freedom to stage protests to secure solutions to issues of the people,” said the JVP leader.

It is a mere nightmare of the president if he thinks he can clampdown on public uprisings through assaults and arrests, he said.

Dissanayake warned him that Wickremesinghe will have to remain in hiding in high security zones since the people’s zones are much bigger.

The decades-old rule through repression is valid no longer, he should remember as he acts like a pup being pampered in the laps of the Rajapaksas, he said.

The JVP will organize all citizens against this repression and to expel this regime without a public mandate, the JVP leader said, urging them to come to a common platform against the repressive rule and destructive economic policies.