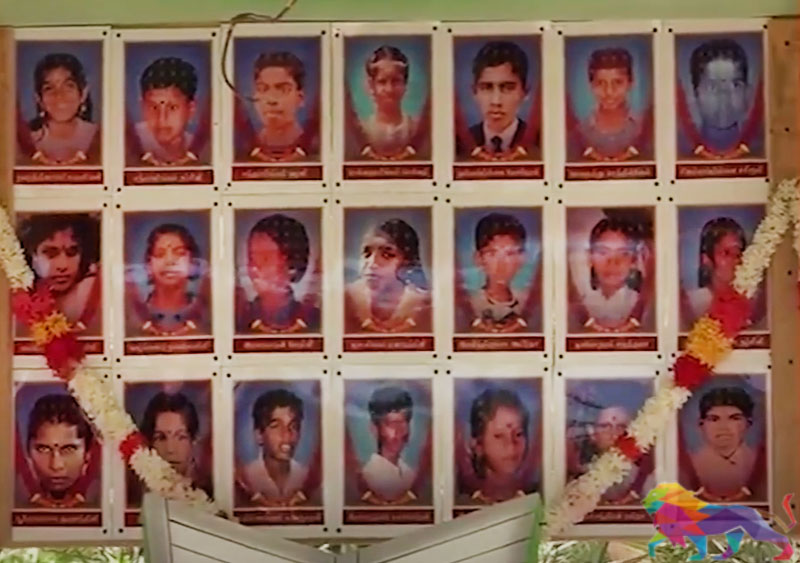 A school in Jaffna has remembered 21 of its students who were among the victims of an Air Force bombing 27 years ago.

Parents and other relatives of the victims gathered at Nagarkovil school and paid floral and other tributes in front of a memorial erected in the premises.

Former TNA MP M.K. Sivajilingam lit a lamp at one of the locations where the bombs had hit on September 22, 1995.

A total of 41 people were reported killed in the aerial bombing that targeted the school and its vicinity.