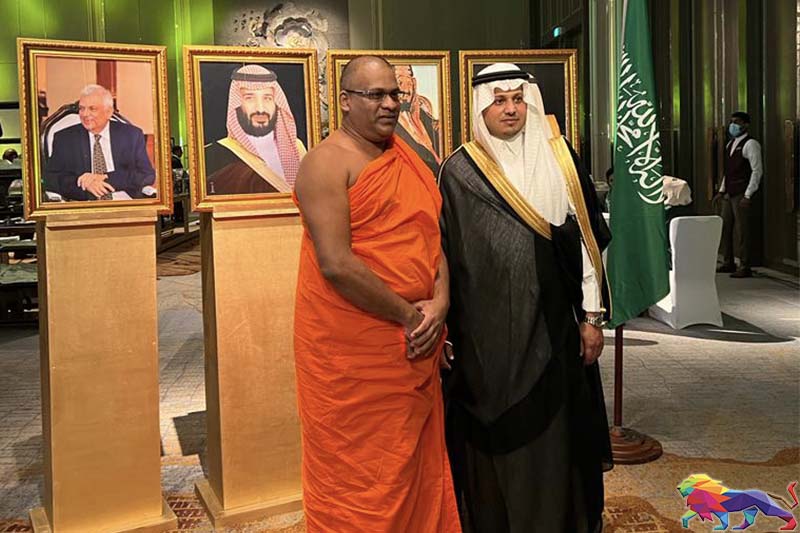 According to social media posts on the event, Ven. Gnanasara’s presence was surprising as he is a Buddhist monk strongly opposed to Islamic extremism.

CEO of BBS Dilanthe Withanage, who had distanced himself from activities pertaining to the organisation over the past couple of years was also a special participant, along with his wife.

According to BBS, crown prince Salman of the Kingdom of Saudi Arabia has adopted a moderate approach as against Islamic extremism.

Ven. Gnanasara Thera and other BBS representatives have held several rounds of talks with Saudi diplomatic officials recently, where the prelate was asked to take the lead in promoting friendship between Buddhists and Muslims worldwide.