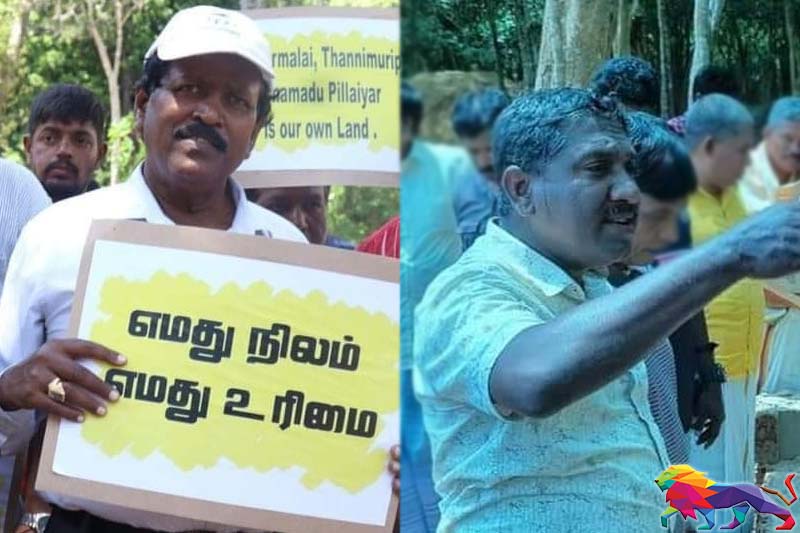 Two Tamil rights activists were today (22) released on bail, a day after they were arrested during a protest against alleged land-grabbing in Mullaitivu with the backing of the state.

They are T. Raviharan, a former member of the Northern Provincial Council, and R. Mayuran, who heads the Kumulamunai village officers’ association.

Hours before their release, a protest took place in front of the Mullaitivu police station demanding their freedom. 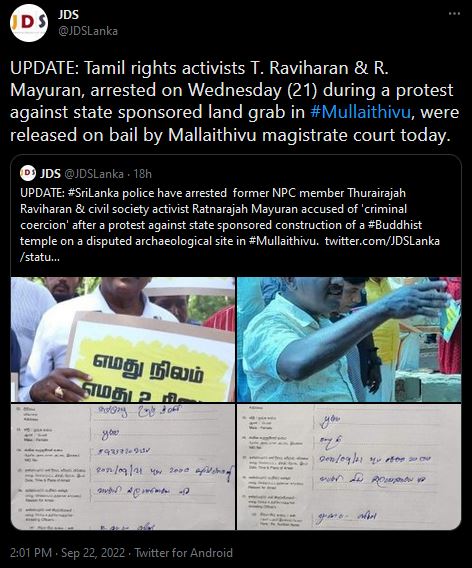