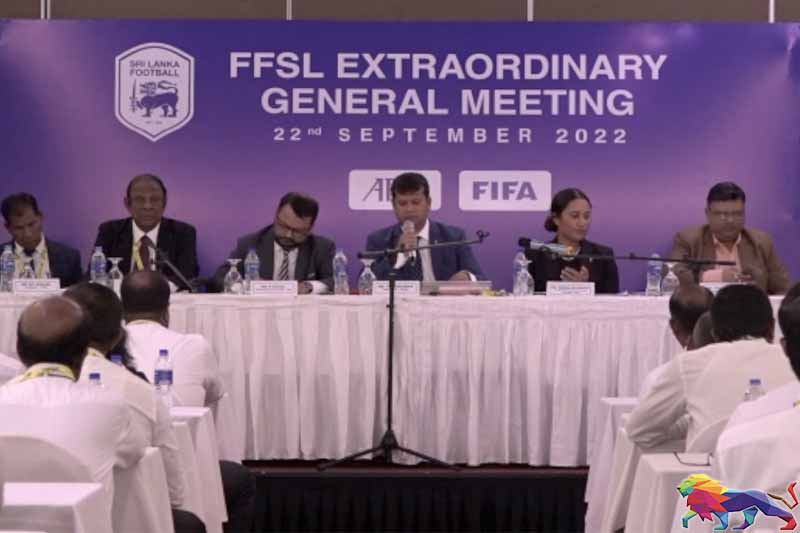 A new constitution for Football Sri Lanka was passed with more than two thirds of vote at a special annual general meeting held today (22).

The new clause of allocating three votes for a league instead of a single vote was passed with 48 votes in favour while none voted against it.

All the other new clauses were passed with 61 votes in favour without any opposition.

The FSL annual general meeting was held at Pegasus Reef in Wattala with the participation of two FIFA officials and an official from the Asian Football Federation as observers.

With the passing of the new constitution, an election is scheduled to be held on Octocter 23, 2022 under special permission of the Sports Minister, President FSL Jaswar Umar said.

He said that a committee comprising two retired High Court judges and an A-Grade SLAS officer have been appointed to overlook the election.