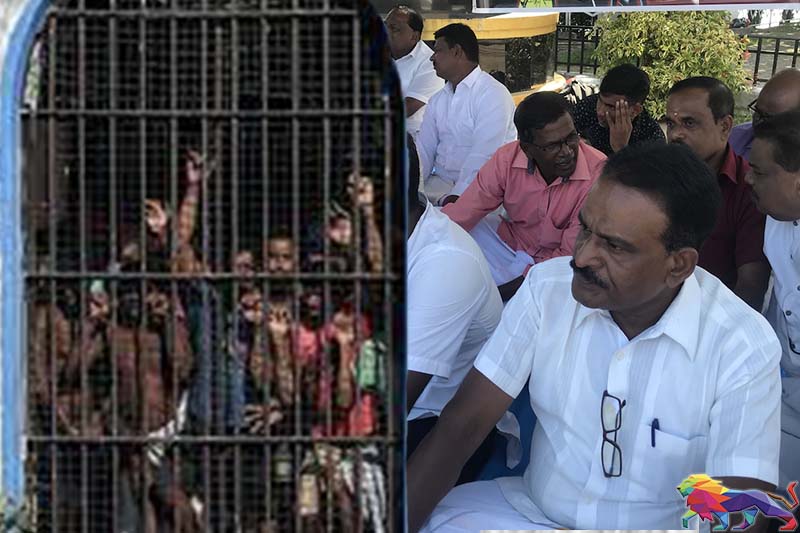 Tamil prisoners have abandoned their 11-day long hunger strike at Colombo’s Magazine Prison following a promise given by the governor of the northern province.

The group, arrested and detained under the Prevention of Terrorism Act, began fasting on September 06 calling for their release on bail at least.

Their relatives started a parallel hunger strike in front of the office of the northern province governor Jeevan Thiagaraja on October 16.

On the following day, the governor visited the fasting inmates at prison and promised to get them released as soon as possible.

Meanwhile, the Voice for the Voiceless has described “as yet another hoax” the president’s promise to Tamil politicians to release Tamil prisoners.

Ranjan Ramanayake was pardoned, 417 prisoners were freed on national prisoners’ day, but not a single Tamil political prisoner has been released so far, its coordinator Murugaiah Komagan has told the media in Jaffna.

Hunger strike in B’caloa in support of fasting Tamil prisoners