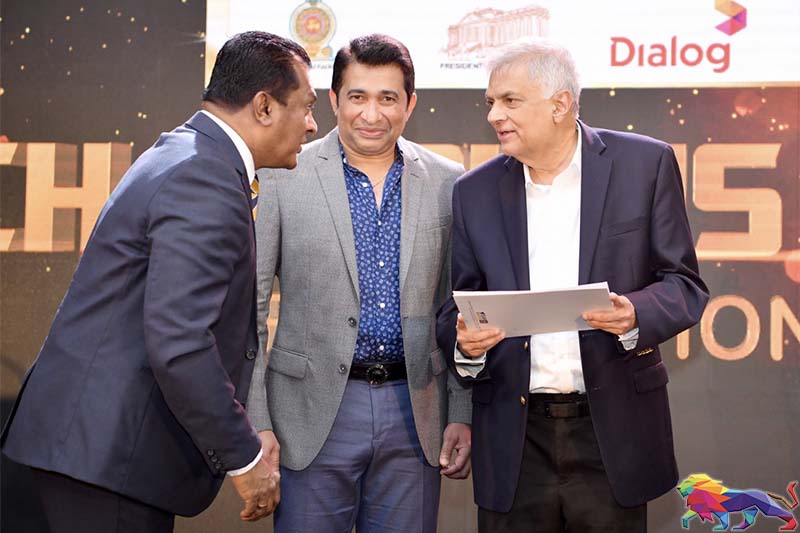 A check of USD 500,000 (Rs. 180 million) was handed over to President Ranil Wickremesinghe by Sri Lanka Cricket for the purchase of medicines for the Maharagama Apeksha Hospital.

The donation was made on Friday (16) at a ceremony presided over by President Ranil Wickremesinghe at the Cinnamon Lakeside Hotel in Colombo in honour of Asian cricket champions, Asian netball champions and medal winners of the Commonwealth Games.

During the recent past, the media continuously reported that the cancer patients at the Maharagama Apeksha Hospital are facing great difficulty due to the shortage of medicines.

The Presidential Media Unit informed President Ranil Wickremesinghe and President's Secretary Saman Ekanayake about this issue, and they were instructed to look into the problem immediately and provide prompt solutions.

Accordingly, the Maharagama Hospital and the Ministry of Health, determined that the main problem for the shortage of medicines is the lack of funds.

The issue was brought to the notice of Shammi Silva, President, Sri Lanka Cricket by the President’s Media Director Shanuka Karunaratne, and coordinated the donation.

Sri Lanka Cricket, which promptly responded to the request made by the Presidential Media Unit, offered to support it through the President's Office. As promised, they made the donation following the Asia Cup victory.