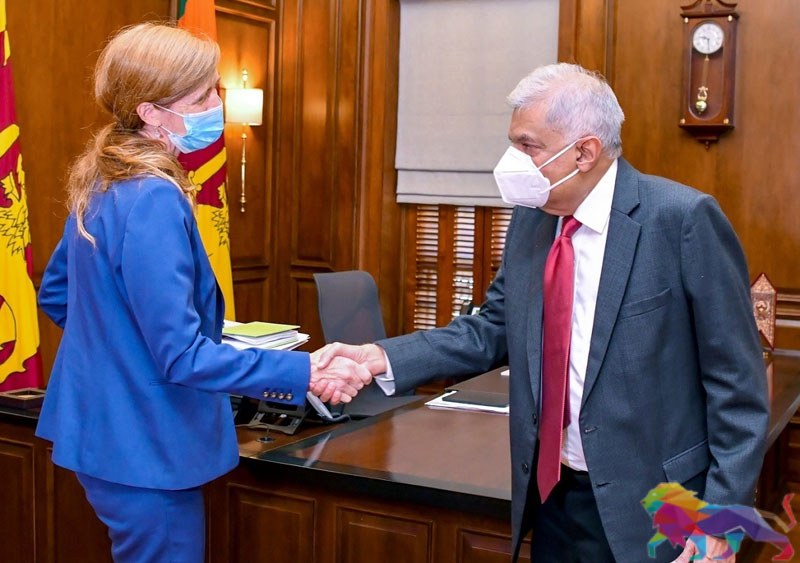 President Ranil Wickremesinghe has said a referendum will be called to pass electoral reforms if political parties continue to drag legalizing the reforms.

He said so during a meeting with visiting USAID administrator Samantha Power yesterday (11).

“I’m going to call on Parliament to say once and for all that they must agree on electoral reform. This has been going on. The parties are arguing among themselves. I give them six months. If they don’t, I’ll have a referendum and ask the country which system they want. The political parties can’t be putting this off forever,” said the president.

“We are also bringing in the new anti-terrorist legislation”.

He also said that he is focusing on an export-oriented, very competitive market economy for Sri Lanka as the country has the opportunity of supplying to South Asia, Southeast and East Asia.

“Our focus is on competitiveness and export markets. That’s what we are working on looking at the industry for technology and modernizing agriculture.” 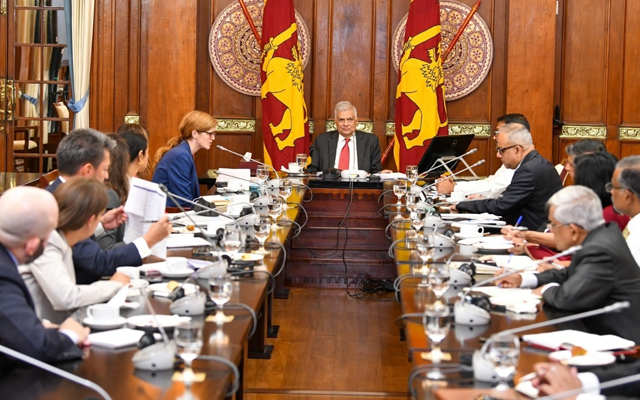 President Wickremesinghe said that the wheels have been set in motion to make Sri Lanka a prosperous nation by 2048 as the country reaches the centenary of independence.

A 25-year programme has been planned from 2023, he said, adding that Sri Lanka will need the assistance of USAID for its implementation.

The President also touched on the topic of the Easter Sunday terror attack investigations and said that the Scotland Yard has been asked to come in, review the reports and come to a final conclusion on this whole issue to determine if there was a hidden hand behind the bombings.

For her part, USAID administrator Samantha Power said the political reform agenda and the economic agenda go hand in hand which they have already seen this in the United States in trying to engage the business community to look at Sri Lanka now and to see the opportunities that exist in the island.

She assured assistance of USD 60 million in new assistance.

“But compared to the challenges you face, that is very, very small and very modest. But we want to use our convening power to be catalytic as best we can, at the international financial institutions, with the private sector, with other countries that themselves are looking anew at Sri Lanka and thinking where to go,” she said.