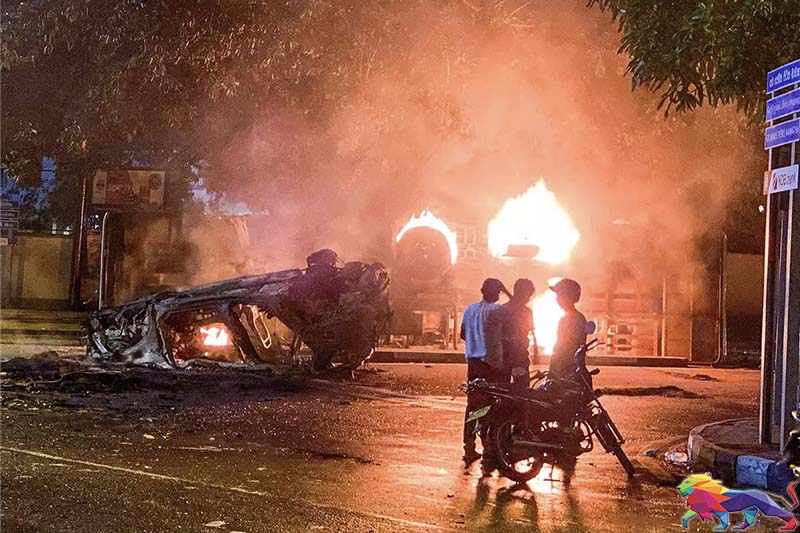 An investigation board has found serious shortcomings on the part of the military, police and the state intelligence with regard to the violent incidents that took place in late March and in May, the "Aruna' newspaper reported.

Led by Admiral of the Fleet Wasantha Karannagoda, the four-member committee handed over its report to president Ranil Wickremesinghe on September 08.

It has noted that despite forewarnings by the intelligence, no action had been taken to prevent the attack on the Mirihana home of former president Gotabaya Rajapaksa and the arson attacks on the home and other properties of 74 MPs.

Law enforcement officers who testified before the investigation board have said the top officials had not given orders to act despite the warnings in advance.

The investigation board has found the court cases filed against the military and the police over the incidents at Rathupaswala and Rambukkana and the conduct of lawyers during recent incidents made law enforcement reluctant to act.

It has stressed the need for the president to look into these matters, since anti-government sentiments still prevail.