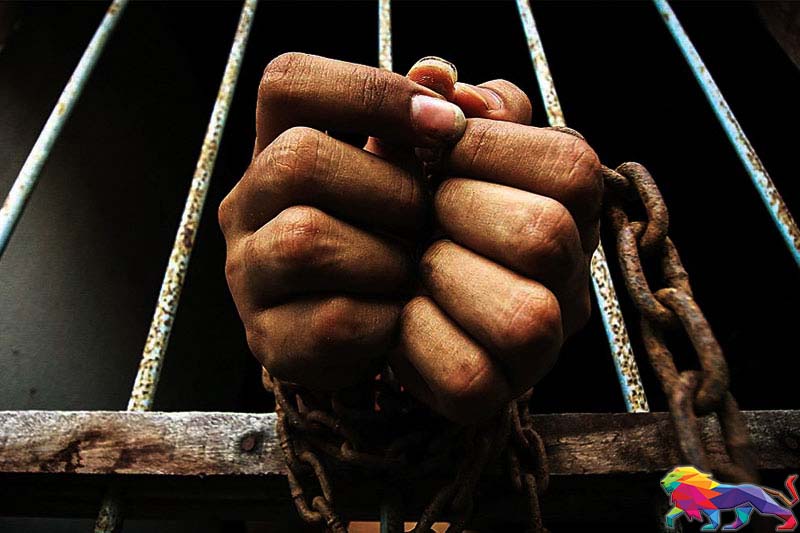 Arrested under the Prevention of Terrorism Act between 2019 and 2020 in the north and the east, they are demanding their release, says JDS. 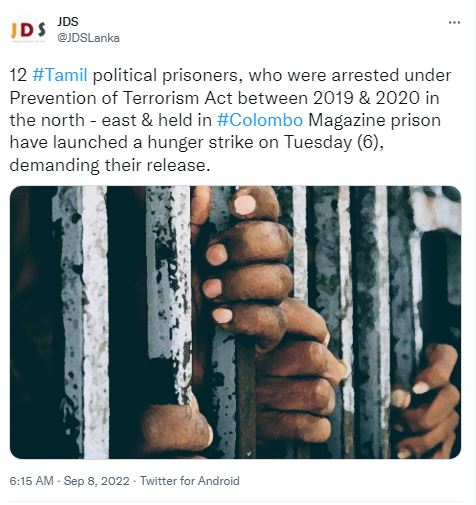 Meanwhile, a Tamil lawyer has cast doubts if releasing political prisoners is yet another playact by the government.

TPNA leader C.V. Vigneswaran has said the government has taken the first step to free 46 Tamil political prisoners who are behind bars for minor offences.

The MP, who supports president Ranil Wickremesinghe, has gone on to say that their release would come upon the receipt of a report by former judge Asoka de Silva on Tamil political prisoners.

However, president’s counsel K.V. Thavarasa has responded by saying that such pretensions happened even during the good governance regime.

Following a promise to the TNA to release 217 Tamil political prisoners, that government released 61 on bail and reported that 23 others were sent for rehabilitation.

Thavaraja has said that none of the Tamil political prisoners sentenced under the PTA or having cases pending at the high court have been freed so far.

During both periods, the justice minister has been Wijedasa Rajapakshe, the PC has pointed out.