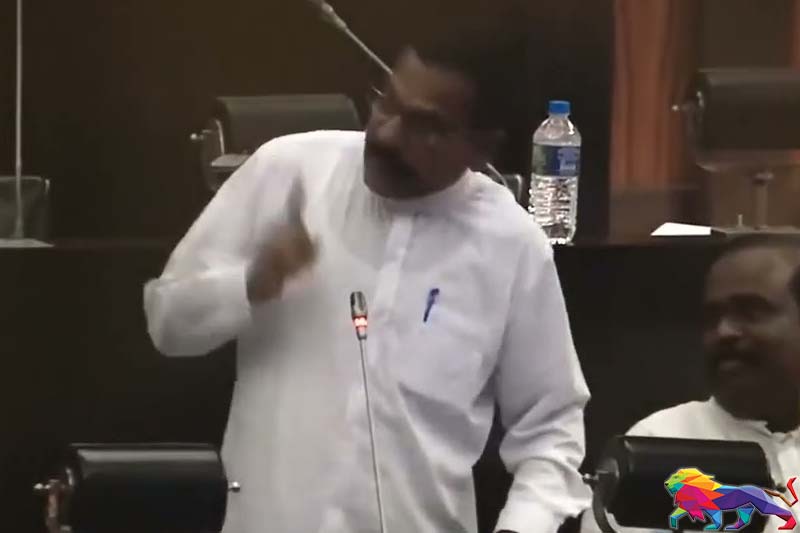 The Tamil National Alliance (TNA) has accused the government of ‘murdering the classical Tamil language.’

“After successive governments murdered our people, our language too, is getting murdered,” charged TNA MP for the Wanni Vino Noharathalingam in parliament.

Showing a copy of the interim budget 2022 speech delivered by president Ranil Wickremesinghe as the finance minister, the MP said not even the topic of the document was in the Tamil language.

He went onto charge that no annual, development or other important documents were getting translated into Tamil.

“Our language is like our life. So, it is very painful for us when our language is getting murdered like this,” Noharathalingam said.

The Tamil translations they received infrequently are weak in quality and have dangerous spelling mistakes, he said, and asked as to how they could respond by quoting such erroneous documents.

He urged the government to post efficient Tamil translators to parliament and make sure the language does not get murdered any further.

Language has been one of the major issues that caused the ethnic question that led to an armed struggle and a war that ended 13 years ago.