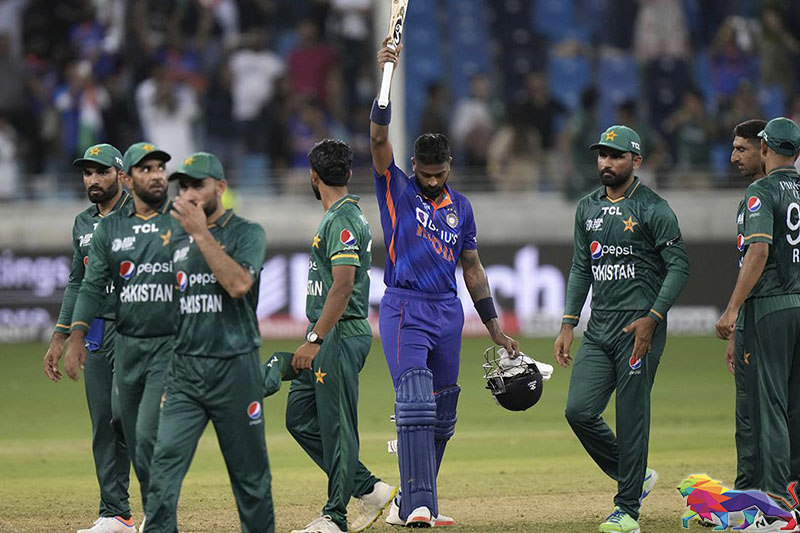 Pakistan chased down 182 with one ball to spare in Dubai to record a brilliant win over India in the Super Four phase of the Asia Cup on Sunday.

A blazing start from India's openers

Rohit Sharma and KL Rahul began in fifth gear, blasting boundaries at will and giving India a rousing start on a flat wicket in Dubai.

The skipper began with a four and a six off Naseem Shah in the first over, while Rahul helped himself to two sixes in the third over. 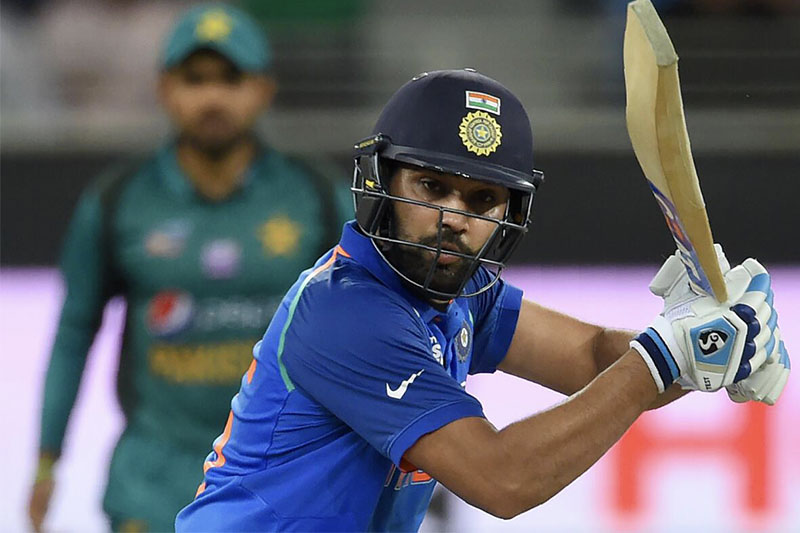 Three of the four overs at the beginning went for over 10 runs as India made no effort to hide their evident intent.

The opening duo put on a fifty-run stand inside five overs to give India a solid platform to build from.

With a long batting line-up after adding Deepak Hooda and bringing Hardik Pandya back into the XI, India's carefree approach at the start piled the pressure on Pakistan.

With pace not working, Pakistan resorted to spin early with Mohamamd Nawaz. While it didn't quite reap rewards inside the powerplay, with a spread out field, Pakistan's spinners kept India's scoring rate in check. With Rohit and Rahul back in the hut, India looked to consolidate, but Nawaz struck a big blow with the wicket of Suryakumar Yadav.

Rishabh Pant too fell to spin — Shadab Khan getting the wicket off an ill-timed reverse sweep — and India were struggling a bit after the great start at 126/4 in the 14th over.

Virat Kohli back to his best

Kohli, who had started off on a positive note, smashing four fours off his first 20 balls, had to change his approach with the wickets falling at the other end, and seamlessly did so, nurdling the gaps in the field and running quickly between the wickets.

The No.3 batter completed his 32nd T20I half-century and the second in the tournament to drive India to a good total. With Hardik Pandya falling for a duck and Deepak Hooda unable to accelerate, the onus fell on Kohli and he responded with a 44-ball 60, before he was run out to a direct hit from Asif Ali in the final over of the innings.

India might have struck early in the run chase with the wicket of Babar Azam, and then again pegged Pakistan back with the wicket of Fakhar Zaman in the ninth over, but Pakistan threw a spanner in the works with the promotion of the left-handed Mohammad Nawaz.

With India looking to bowl the leg-spin duo of Yuzvendra Chahal and Ravi Bishnoi in tandem, Nawaz's promotion and aggressive approach at the crease forced Rohit to change his plans.

Nawaz changed the complexion of the run chase in the company of Rizwan, who completed yet another T20I half-century. Nawaz's quickfire 20-ball 42, and Rizwan's calculated aggression at the other end, put Pakistan on course to chase the target down.

Nawaz was eventually dismissed by Bhuvneshwar Kumar in the 16th over, but not before he had brought the equation down to 46 runs needed off 27 balls.

India had Nawaz and Rizwan dismissed in successive overs, but there was further drama to unfold. Asif Ali survived a caught behind appeal and a dropped catch by Arshdeep Singh to smash a six and a four in the penultimate over from Bhuvneshwar.

The 19-run over swung the momentum Pakistan's way, but Arshdeep, guilty of dropping the sitter in the 19th over, bowled a brilliant final over, executing his yorkers well.

He sent back Ali with a sharp yorker off the fourth ball to bring the equation to two runs needed off two balls, but Iftikhar Ahmed held his nerve to loft a low full toss down the ground for a couple off the fifth ball in the final over to seal a tense, yet brilliant win for Pakistan.

It was Pakistan's highest successful run chase against India in T20Is. The victory also meant India succumbed to their first defeat in this format in the Asia Cup.