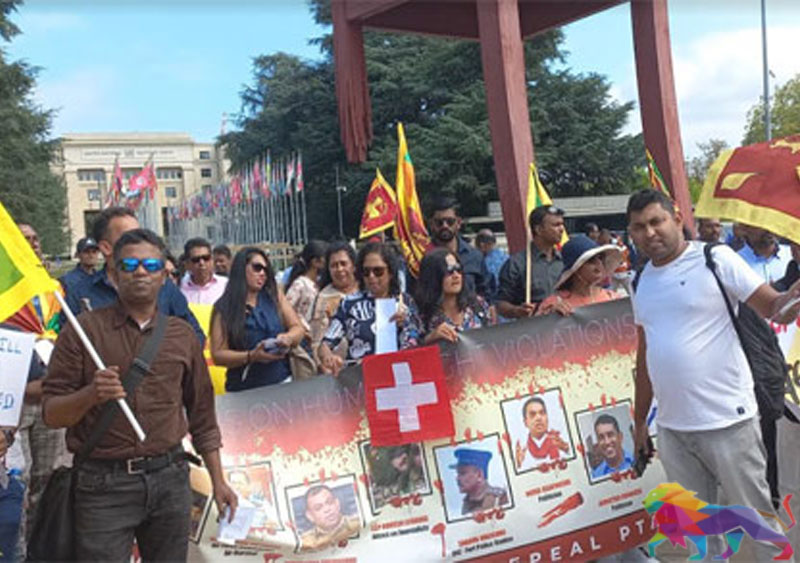 A group of Sri Lankans living in several European countries yesterday (28) staged a demonstration in front of the UN Human Rights Commission headquarters in Geneva against the Sri Lankan government.

The protestors also called for the protection of fundamental democratic rights such as freedom of expression and peaceful assembly and an end to arbitrary arrests and curbs on the media.