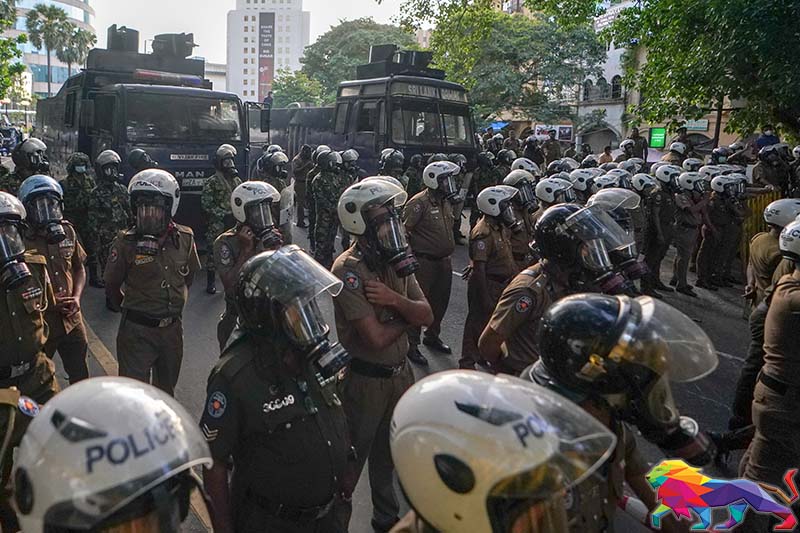 A National Centre for Struggles that has been opened at Vauxhall Street in Colombo under the theme ‘second wave of the struggle for country’s victory’ is to be investigated, according to police headquarters.

DIG in charge of the Western province Deshabandu Tennakoon has instructed top police officials in Colombo Central division to deploy intelligence officers for the investigation.

The Centre was opened at No. 143, Vauxhall Street, Colombo 02 under the guidance of a leading politician, said police sources.

That person has appointed one of his closest political allies as the media coordinating officer of the centre, Tennakoon said in his letter to the police officers.

This centre has launched a propaganda campaign via social media to recruit members.

‘Lankadeepa’ reports quoting the police that civil and people’s organisations under the Janatha Vimukthi Peramuna (JVP) and the Frontline Socialist Party (FSP) are extending their support to the new organisation.

Its patrons are Rev. Fr. Jeevantha Peiris and Ven. Koswatte Mahanama Thera, while Kelum Amarasinghe, Senadhi Chaturanga Guruge are co-conveners, and Manjula Samarasekara has been given the job of the media coordinating officer, ‘Lankadeepa’ reports further.

When contacted, Samarasekara told ‘Lanka Leader’ that he has no connection with any such organisation.

“The National Centre for Struggles was started with parties to the struggle with apolitical intentions to set aside their political identities and as a place to get together, hold discussions, engage in cultural and media activities. It does not have owners. It is a common space.”

Since the government wants to destroy all buds of the struggle, it paints the Centre as a work of the FSP. By claiming it as all FSP plans, the government may be planning to repress the FSP.”

Samarasekara said they supported the common candidate Sarath Fonseka via social media at the 2010 presidential election but thereafter never represented his political ideologies, but an attempt is now being made to link them with him to claim a political alliance between him and the FSP.

Speaking further, Samarasekara said they were prepared to face the government’s new strategies at repression and as part of it starting today a “1,000 complaints against repression” campaign under which fundamental rights cases will be filed against all police officers repressing the protestors.