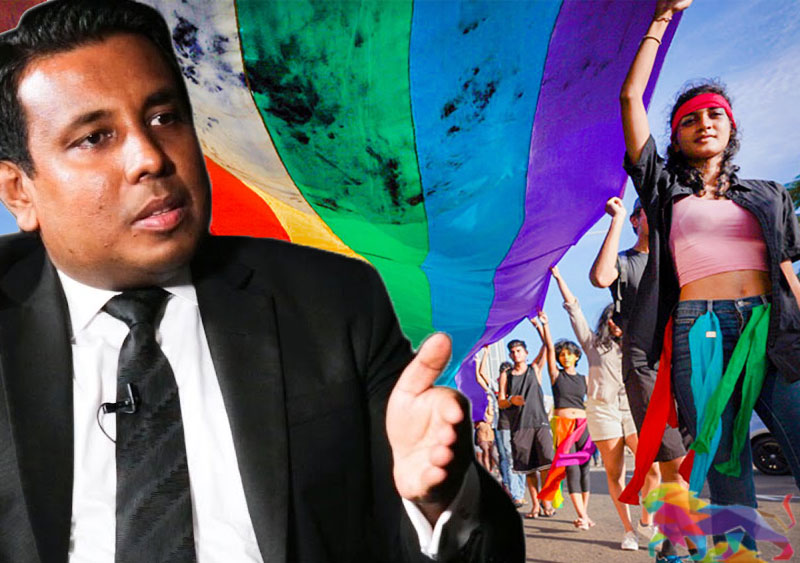 MP for the Sri Lanka Podujana Peramuna (SLPP) Premnath C. Dolawaththa is to present a private member’s bill in order to amend provisions in the penal code which criminalise same-sex sexual activity.

He is expected to present the bill to Speaker Mahinda Yapa Abeywardena today (24) in honour of the late politician Mangala Samaraweera, a known advocate for LGBT rights in Sri Lanka.

The MP expressed his gratitude to the executive director of the Institute of Politics Sanjeewa Wimalagunarathna and lawyer Akalanka Hettiarachchi for assisting him in formulating the bill.

His bill will propose amendments to sections 365 and 365 (a) on unnatural offences in the Penal Code.

Section 360 of the Penal Code terms “voluntary carnal intercourse against the order of nature with any man, woman, or animal” as an “unnatural offence”, while Section 365 A penalises “acts of gross indecency between persons”. 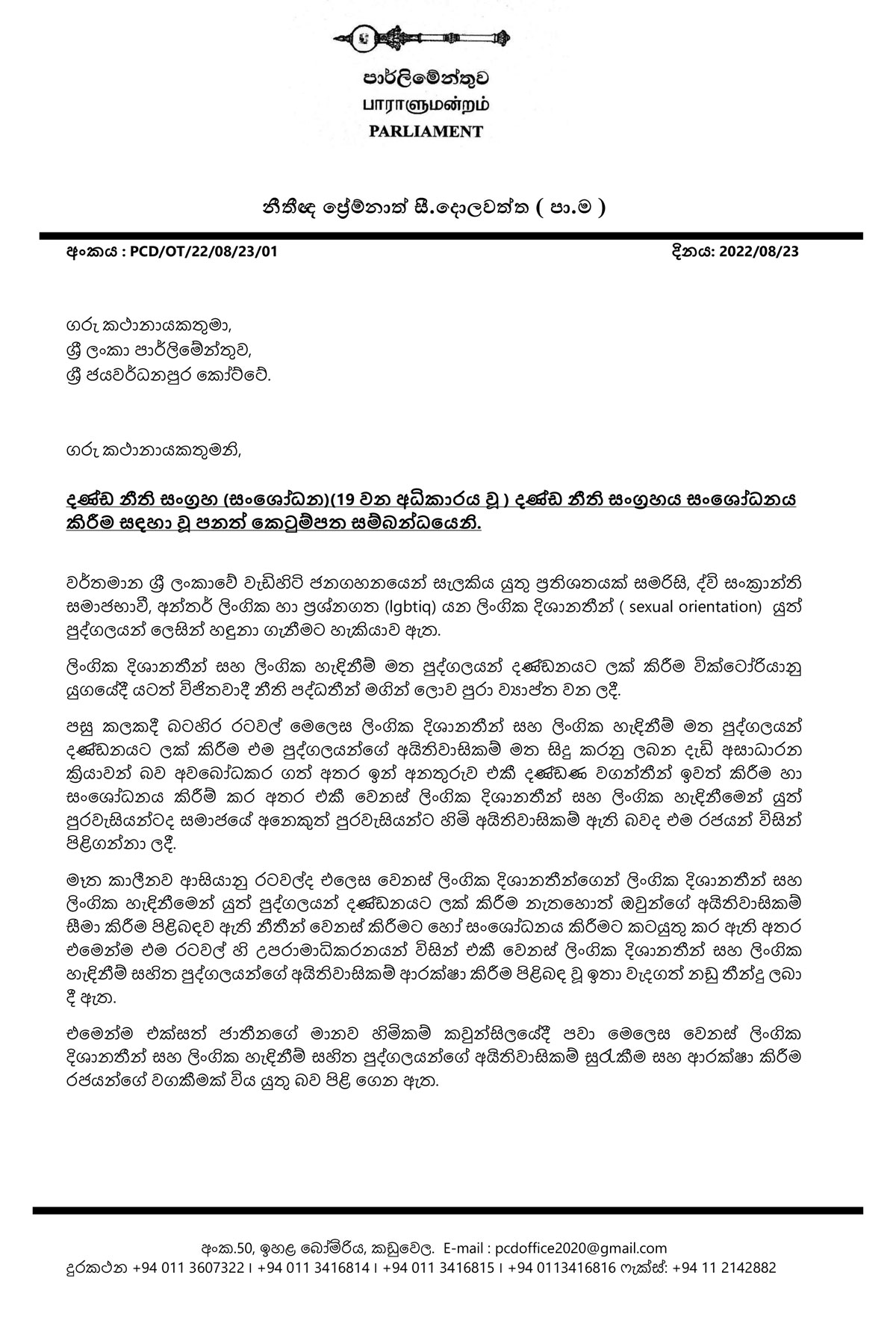 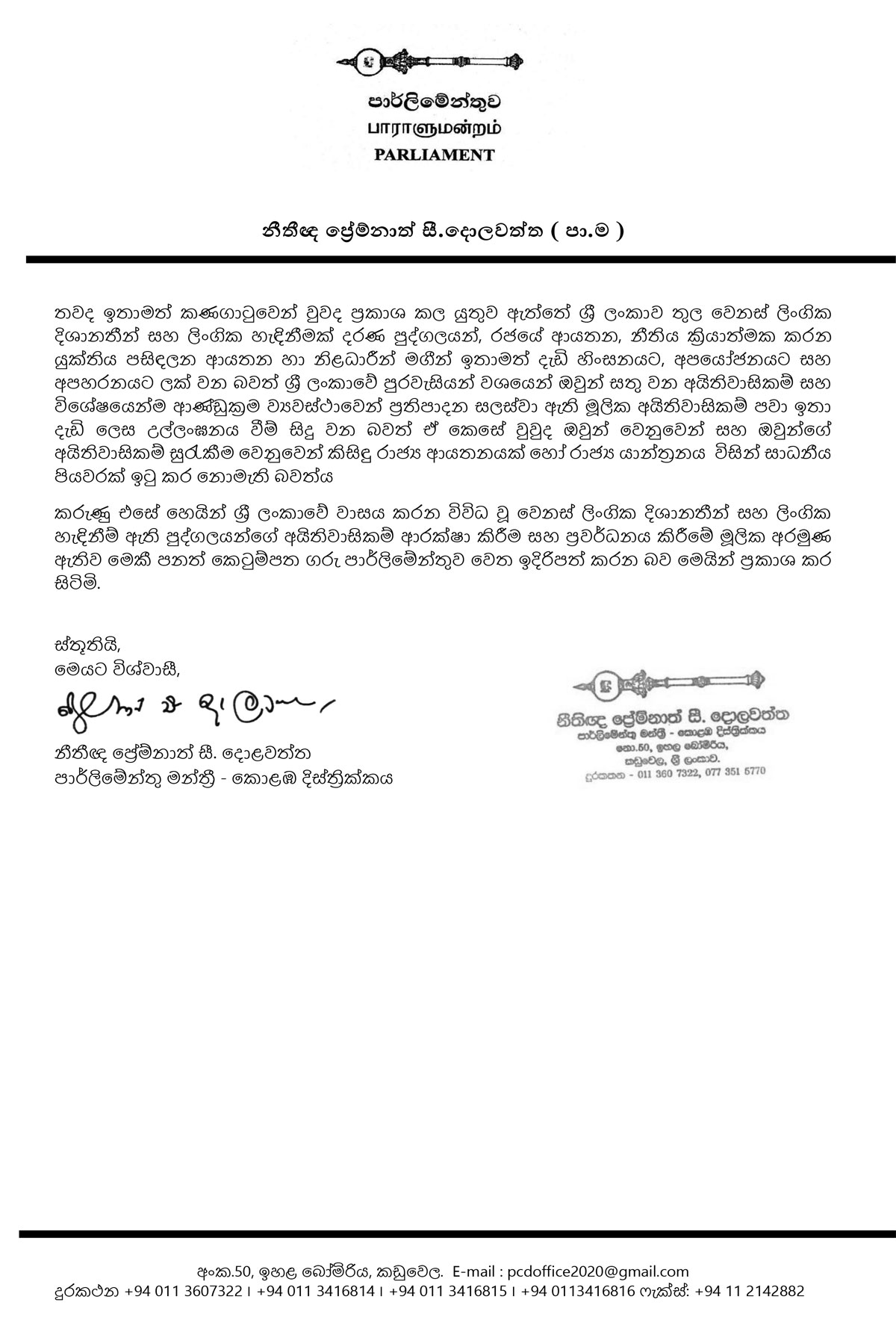