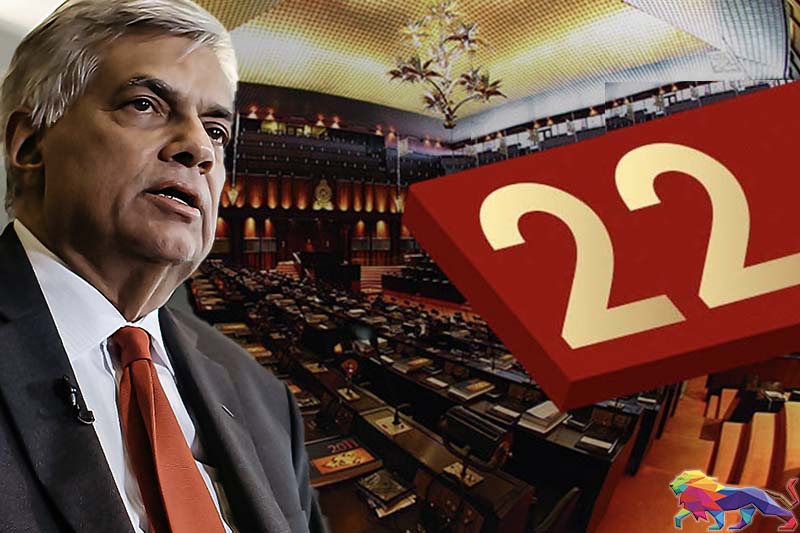 Most proposals contained in the 22nd amendment to the constitution formulated by Justice Minister Wijedasa Rajapakshe and due before parliament are likely to come into force following the completion of the term of the incumbent president, according to certain media.

These proposals were due to be implemented at the conclusion of the term of Gotabaya Rajapaksa, who had been expelled from office.

Lankatruth.com reports that the amendments, originally to be tabled before the House last May, are to be activated after two months into the office of president Wickremesinghe once his powers are safeguarded.

Commenting on this, minister Rajapakshe said however, it was proposed at a meeting of the cabinet yesterday (25) to introduce, as the 22nd amendment, a further revised 19th amendment that will be more beneficial to the people.

Minister Rajapakshe said that at the meeting, he proposed the minimizing of the powers of the executive president during the tenure of the incumbent itself.

The draft amendment is due to be presented to the legislature for the first reading tomorrow.

If not challenged before the Supreme Court, it will be taken up for debate a week later as per the Standing Orders.

Sources at parliament said the draft bill will be included in the agenda paper.

With the approval of the cabinet, the 22nd amendment was gazetted on June 24.

Meanwhile, the SC has determined that certain clauses in the draft 21st amendment tabled in the House by the Samagi Jana Balawegaya were in contravention of the constitution.

Announcing the court’s decision, the speaker said those particular clauses needed to be passed with a two-third parliamentary majority and at a referendum.

Minister Rajapakshe tabled the draft 22nd amendment with the intention of the reactivation of the 19th amendment.

Referring to the 21st amendment, he told parliament on June 21 that none of the eight revisions contained in it could be passed without a two-third majority and a referendum.