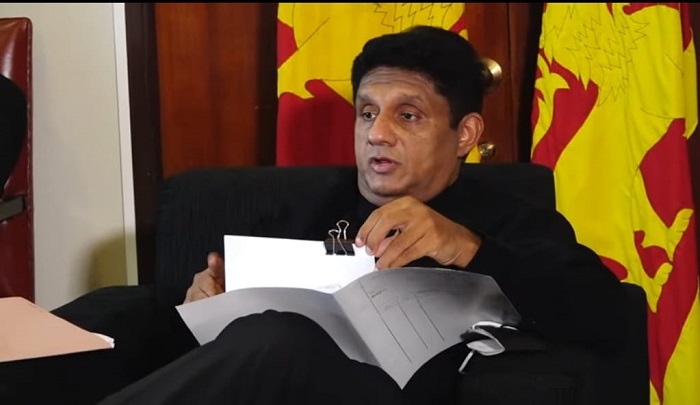 Opposition leader Sajith Premadasa has ruled out any involvement by the Samagi Jana Balawegaya in an all-party government, which the media says is likely to be formed within the next fortnight.

Noting that deceiving the people by accepting ministerial positions and privileges is in no way an all-party government as reported by the media, he said such an eventuality would make no contribution towards rebuilding the country.

Premadasa said that they would not be party to such a deception, and vowed to fulfill the responsibility of the opposition while supporting the positive activities of the government through the parliamentary committee system.

That would really be an effort to rebuild the country, he said.

In the meantime, Premadasa is reportedly making efforts to build a strong opposition within parliament against the present regime.

A group of 15 MPs supporting Dullas Alahapperuma who has left the government and functions independently and including Wimal Weerawansa, Udaya Gammanpila and Vasudeva Nanayakkara, has decided to ally with the opposition and work together in parliament.

In addition, the Sri Lanka Freedom Party has by now resolved to join hands with the opposition.

Accordingly, Premadsasa’s SJB, Alahapperuma’s faction, SLFP, JVP, TNA as well as the SLPP faction with Anura Priyadarshana Yapa are expected to unite as the opposition.