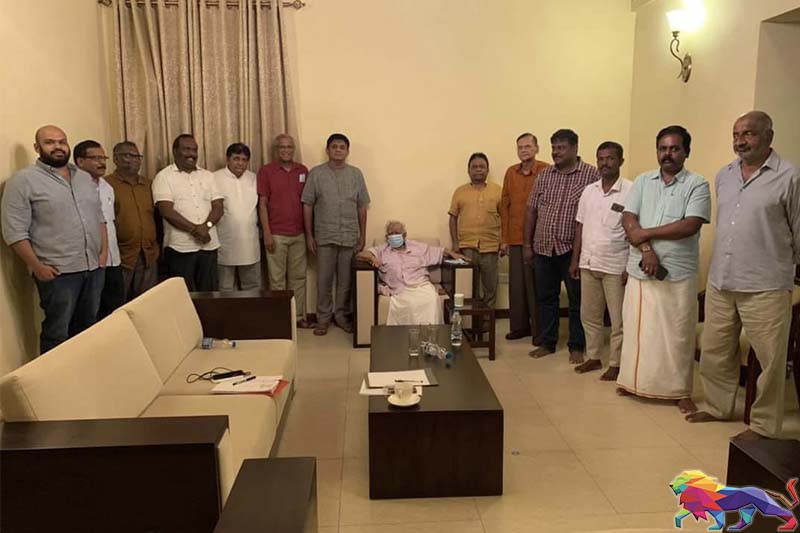 Angry divisions have surfaced within the membership of the Tamil National Alliance (TNA) after it decided to support the presidential candidacy of Dullas Daham Alahapperuma,

These members have denounced as being disgusting and devoid of policies the TNA parliamentary group’s unconditional decision to vote for Alahapperuma at the parliamentary vote today (20).

The Sri Lanka Podujana Peramuna (SLPP) is clearly split over the presidential vote as it has nominated two candidates - Alahapperuma as well as acting president Ranil Wickremesinghe - for the presidency.

Some of the TNA’s top activists have vehemently opposed the decision, terming it as being arbitrary as it has been taken without citing any reasons.

TNA media spokesman Raghu Balachandran has tweeted, “all 10 TNA MPs will go down in the history as the MPs very openly partnering with racists like Wimal Weerawansa and Udaya Gammanpila…”

Party MP Shanakiyan Rasamanickam defended the decision by saying that they will support Alahaperuma “as we wish to stand with the people of Sri Lanka like we always have.”

However, Balachandran countered it by alleging the decision as yet another move to satisfy the Sinhala majority.

“But genuinely I am disappointed so called principled leaders failing us and standing by the side of the crooks is absolutely disgusting,” he went on saying.

Balachandran also said, “Up to now only @TnpfOrg has properly and in writing has communicated their decision to not to support any candidates in the upcoming presidential elections.”

The Tamil National People’s Front (TNPF) has decided after several rounds of talks with presidential aspirants not to support any of them.

Its leader Gajendra Kumar Ponnambalan has told journalists that the decision was taken as all of them are apparently reluctant to resolve the protracted Tamil national issue.

Tamil MPs have been urged by a Tamil civil society organization named Social Science Research Centre to obtain written consent for several conditions from the presidential candidates they support.

These conditions include the unconditional freedom for all political prisoners, abolition of the Prevention of Terrorism Act, dealing with the court cases of the missing persons in accordance with transitional justice and compensating the war-affected people.

The other proposals are releasing all military-occupied private land in the north and the east, removal of all Sinhalese colonies in Tamil areas settled after 2009, an immediate halt to the invasion of Tamil-owned land by state institutions and the formation of an economic council for rebuilding the lives of the Tamils.

However, neither the TNA nor the TPF are known to have reached agreement with Alahapperuma with regard to these proposals.