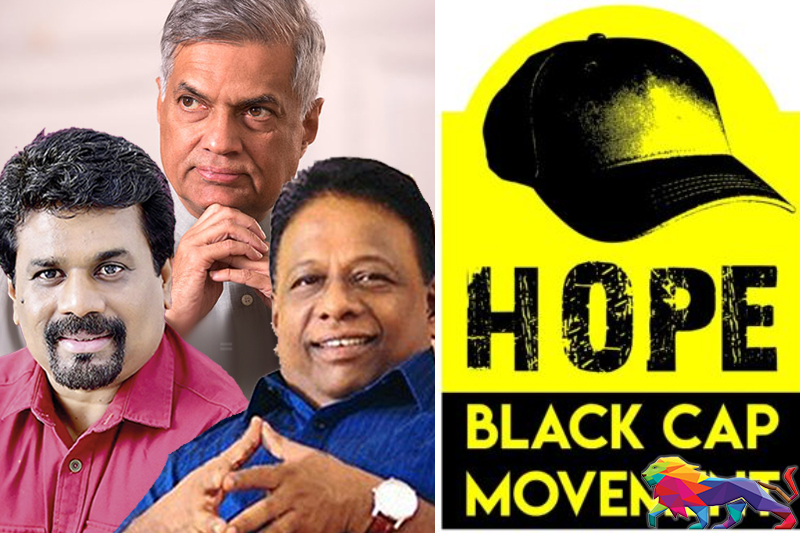 A party to the struggle, named Black Cap Movement, urges all presidential hopefuls to immediately declare their plans for the future.

In a statement, the Movement says it wants to know their plans to fast-track the resolution of the socioeconomic and political conflict and the basis to win the fourth industrial revolution for Sri Lanka to become a country that earns income.

It calls for making public the actions suggested by the presidential candidates to ensure a reasonable income expansion and to protect the vulnerable sections of society that will be overlooked in the economic restructuring effort.

The Movement stresses that the entire parliament should be committed to take the country speedily to a capitalist revolution within a liberal democratic space. 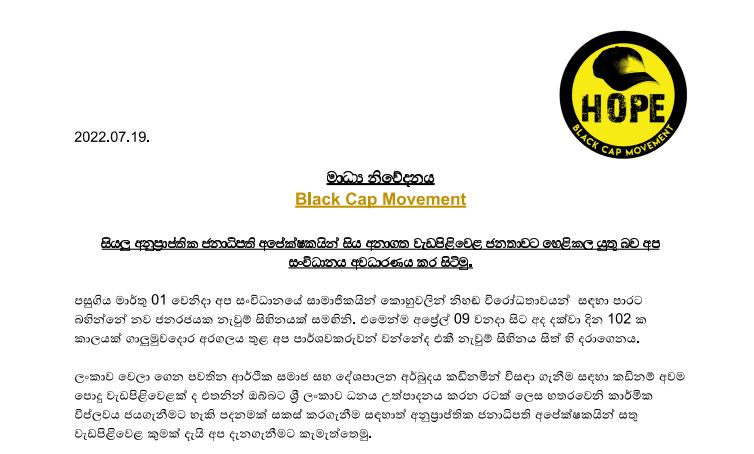